These charts are from the new NBC News / Wall Street Journal Poll -- done between September 13th and 16th of a national sample of 1,000 registered voters, with a 3.1 point margin of error.

The poll shows Biden with an 8 point lead over Trump. 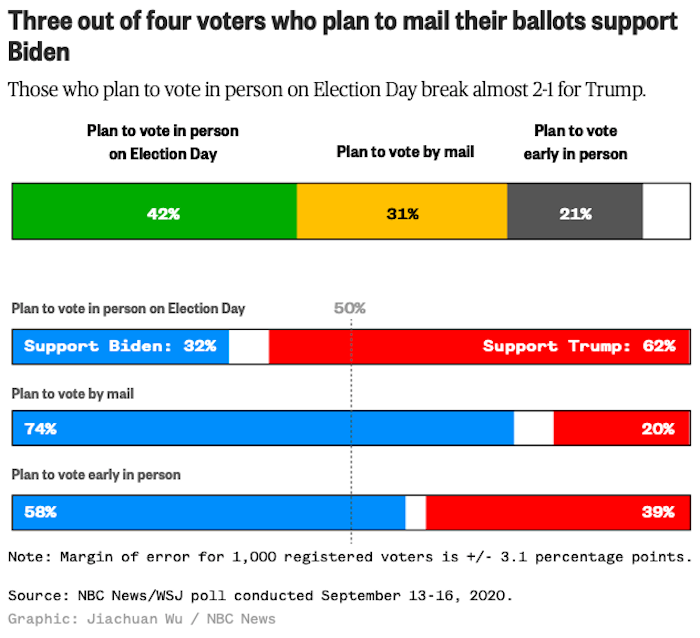