Left And Right Working Together 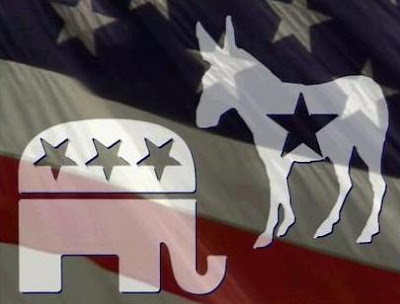 This is something you don't see every day. In fact, I would say it's a very rare occurence. Usually bloggers from the left and right are natural enemies, and most of the time couldn't even agree on the time of day. But yesterday, they took a stand together for the benefit of all.

Yesterday Senator Judith Zaffirini (D-Laredo) introduced SB1950, which would have subjected political bloggers to some severe disclosure requirements under the Texas Election Code. The new bill could have seriously hurt a lot of political bloggers, especially those who sell ads on their blogs.

The Texas Progressive Alliance, an association of about 50 Texas left-wing political blogs, decided the bill must not pass, and geared up to oppose it in a unified effort. A couple of phone calls were made, and by 11:00am they were joined by at least 30 right-wing Texas blogs and a promise that more could be activated if necessary.

Then Harold Cook, a political consultant for Senate Democrats, approached Senator Zaffirini with the concerns of the bloggers. The senator withdrew the bill, saying she didn't realize the impact it would have on Texas bloggers and citizen journalists. The bill was dead because bloggers from both ends of the political spectrum had stood stood together.

Today, the two sides are once more at each other's throats, but now we know they are capable of uniting to support blogger rights. I thank the conservative bloggers for their help in this matter and assure them we progressives will always be ready to defend the rights of political bloggers.

There will be one more time in this legislative session when it will behoove both sides to stand together. State Rep. Aaron Pena (D-Edinburg) has introduced HB4237. This is a good bill that would grant bloggers protection from being sued for libel when reporting on actions in a court of law, the proceedings of a government body or meetings dealing with public issues.

This bill would effectively put bloggers on the same level as the mainstream press. This has been long needed, and if support can be garnered on both sides of the aisle it could finally come to pass in this legislative session.
Posted by Ted McLaughlin at 12:48 AM