Another Embarrassing #1 For Texas 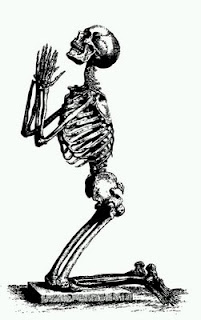 As a Texan, I admit that we denizens of the Lone Star State do like to brag a bit (maybe even more than a bit). But here in the last few years, Texas has been rated number one in a lot of things -- but they are things that no one should want to be number one in.

Some of these number one rankings are -- most school dropouts, highest rate of repeat teen pregnancy, largest number and percentage of people working for minimum wage, produces the most pollution in the U.S. (and seventh most in the world), lowest per student funding for education in the U.S., lowest school standards (Texas turned down hundreds of millions of dollars to avoid having to meet national standards), most accidents and deaths at railroad crossings, most complaints to the federal EEOC, most workplace deaths in the U.S., and the largest percentage of population of any state with no health care insurance (about 27%, or more than one out of four people).

That last one (most people without health insurance) is a contributor to the newest number one ranking for Texas. According to the U.S. Agency for Health Care Research and Quality, Texas has the worst health care in the nation. On a scale where 100 would be perfect health care, Texas scored a miserable 31.61 (ranking very poorly in 9 out of 12 categories).

One area the state scored especially low in was preventive care -- which is no big surprise since at least 27% of the population gets no preventative care (since they have no insurance). It also scored very low in acute and chronic care, and in home health care.

And there is little prospect of health care in Texas getting much better anytime soon. Texas' Republican leaders are already saying they will turn down federal dollars to expand Medicaid in the state (and Texas has one of the stingiest Medicaid systems in the country). This means most of the poor and working class citizens of the state will continue to have no insurance coverage. In addition, Texas has just lost federal funds for women's health because Planned Parenthood provided some of that health care. State leaders would rather play politics than help sick and hurting citizens.

So Texas has another number one. But it is a ranking that should embarrass and shame the state's leaders. I doubt that it will though. This really doesn't concern the rich, and those are the only people the state's Republican leaders care about.
Posted by Ted McLaughlin at 12:04 AM