Trump Not Well-Liked By Most In GOP (Especially Women) 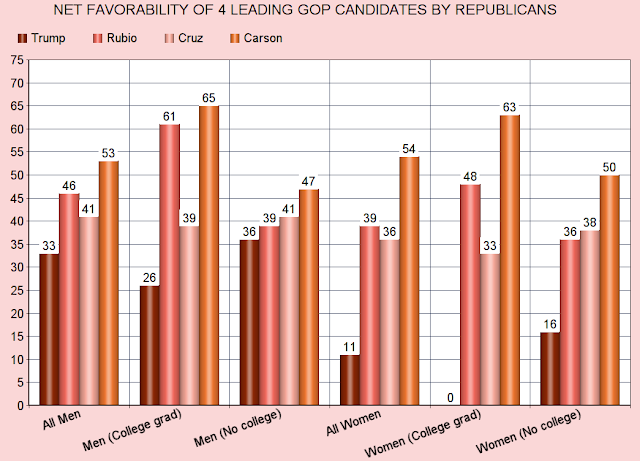 Note that Donald Trump has the lowest net favorability of all four candidates. And he's especially unpopular with Republican women. Can he add to his current total as other candidates drop out of the race. This poll suggests he might not be able to do that -- that the support for candidates dropping out will go to someone other than Trump.

The chart was made from information in a new Gallup Poll -- and contains information compiled in Gallup Polls between October 1st and December 8th.
Posted by Ted McLaughlin at 12:04 AM