President Obama Set To Act On Guns Since Congress Won't 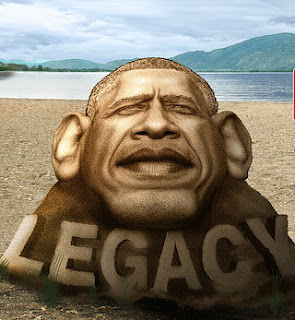 It has become obvious that Congress is not going to act on the gun violence problem in this country -- not even to close the loopholes in the background check law (which is supported by about 90% of all Americans). So President Obama has spent much of his vacation preparing an executive order concerning the problem.

This executive order should add to the already impressive legacy of his presidency. He can't completely fix those loopholes. That would have to be done by the do-nothing GOP Congress. But his executive order will make it a little harder for those who shouldn't have guns to be able to buy them legally.

What is he going to do? The main thing his executive order will do is to redefine who must do a background check before selling a gun to anyone. It will expand the number of small-scale gun dealers who must be licensed (and therefore make them do background checks). Currently, the law says anyone must be licensed who sell guns with the "principle objective of livelihood and profit". That definition allows the gun show vendors to slide under the law by claiming their gun show sales are not their principle source of income or is just a hobby.

The final language of the executive order is not known, but it is thought to include those who resell guns in their original packaging, sell them only a short time after buying them, or who sell more than 25 guns a year.

These are imminently reasonable definitions. Those who resell in original packaging or only a short time after purchasing are either straw purchasers for those trying to avoid a background check (which should not be allowed). And those selling more than 25 guns a year are a gun dealer (whether they admit it or not) and should be licensed.

The executive order won't affect most sales by individuals, but it could have a fairly significant effect on those selling through gun shows. It would hardly pay a vendor to purchase a booth at a gun show if they couldn't see more than 25 guns a year. Most of those vendors would then have to get a license (and do background checks), or be in violation of federal law.

This is a good thing. While it won't completely solve the problem of guns being bought without a background check, it would be a significant step in the right direction.

(The image above is by DonkeyHotey.)
Posted by Ted McLaughlin at 12:06 AM