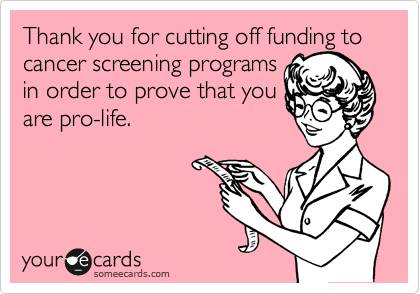 In the last legislative session, the Texas legislature tried to completely defund Planned Parenthood (in spite of the fact that only 3% of what they do is abortion, and no government money goes toward providing any abortions). They were thwarted when President Obama threatened to cut off Medicaid funding for the state if they defunded Planned Parenthood.

But they no longer have that obstacle. With Trump about to be sworn in, there will be no one in the federal government to stop the defunding, and Texas legislators are already saying they will do that when they meet next month.

The only thing that defunding will accomplish is to deny health care to thousands of Texas women, especially poor women in the state. It won't stop a single abortion. But those legislators know that. This is just a sully bit of political theater meant to please right-wing fundamentalists (who hate Planned Parenthood).

At least one conservative newspaper has had enough of this nonsense. The editorial board of the reliably conservative Fort Worth Star-Telegram is calling for the legislature to abandon its war on Planned Parenthood. Here is their editorial:


Fighting Planned Parenthood isn’t worth the battle, but that doesn’t seem to stop officials from taking up arms.
In December 2015, Gov. Greg Abbott pledged to defund Planned Parenthood. Now, after a year, the state has issued a final notice to the healthcare organization. Planned Parenthood could lose its $3.1 million Medicaid funding.
The whole battle between the state and Planned Parenthood has been a frustrating, arduous ordeal — all over something that taxpayers don’t even pay for.
It’s all brought on by the abortion services provided by Planned Parenthood. That’s done by a separate entity from the Medicaid-eligible health programs, and no public dollars fund it.
The governor's office says Planned Parenthood is “no longer capable of performing medical services in a professionally competent, safe, legal and ethical manner” after allegations last year that the organization sold fetal tissue for research.
Planned Parenthood has already filed a lawsuit. Federal officials warned the state that booting the healthcare provider from Medicaid could be illegal. Other states have failed in attempts to do the same thing.
So all this trouble could be for nothing.
We get that some state officials really don’t like Planned Parenthood, but couldn’t all the energy and taxpayer money in this fight be used somewhere else? Maybe to fix the broken Child Protective Services?
It would be a better use of state’s time and money. 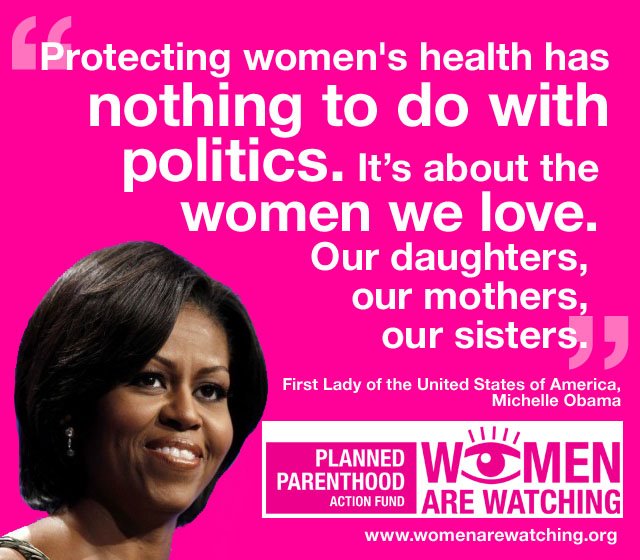