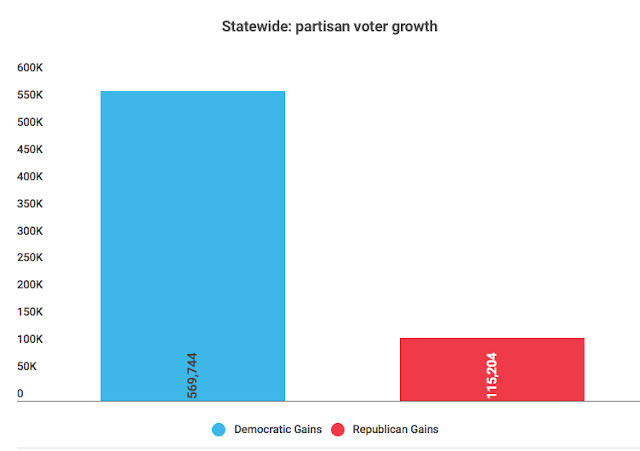 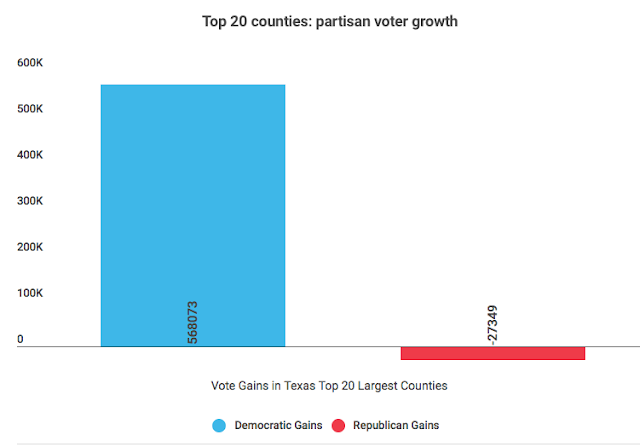 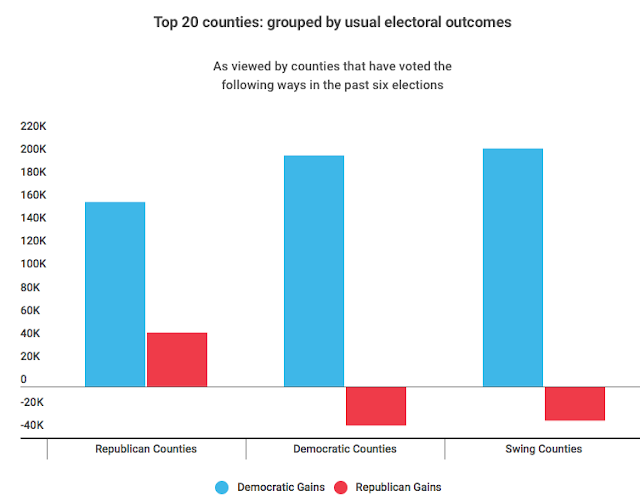 The charts above are from Progress Texas. They show that the state is gaining many more Democratic voters than Republican voters (both in the state as a whole and in the 20 most populous counties - including traditionally Republican counties). This is good news for Democrats and should worry Republicans. I believe Texas will eventually turn blue. The only question is how soon. There was a long way to go for Democrats in the state, but it's slowly happening. The charts above show the change since 2012.
Posted by Ted McLaughlin at 12:04 AM