Texas Lags Behind In Younger Voters 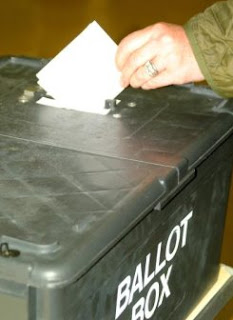 According to census data analyzed by the University of Maryland's Center for Information & Research on Civic Learning & Engagement (CIRCLE), there is a promising trend in voting nationwide. In the 2006 midterm elections, over 2 million more young voters turned out to vote than in the 2002 midterm elections.
CIRCLE says that voting among young people (those under 30) climbed from 22.5% in 2002 to 25.5% in 2006. Although older voters still voted in higher percentages, at least these numbers are moving in the right direction.
But while the numbers are up nationwide, Texas did not join in the upward trend. The Texas numbers are downright pitiful. Texas only had an embarrassing 17% of its young people turn out to vote. Only two other states did this poorly -- Utah at 17% and West Virginia at 16%.
What are we doing wrong in Texas? We had a pretty interesting four-way race for governor here in 2006. I would have thought that would have drawn more than 17% of young voters to the polls, but it didn't.
Obviously, we are not doing a good job of convincing young people that politics is important to their future and that they can have a significant voice in shaping that future. We must do a better job of reaching young voters in 2008.
Young people are a rich source of potential votes just waiting to be tapped. This is especially true for Democrats, since 43% of young people now identify themselves as Democrats. This is a 6% increase since 2002. Republicans have shown an 8% decrease since 2002 among young people.
But it would be a huge mistake to wait until next summer to start reaching out to young voters. Democrats have a golden opportunity here, but they need to start now and not let up until election day in November next year.
--------------------
This post is the 1000th post since this blog was started in March of 2006. I guess that's some kind of insignificant milestone.
Posted by Ted McLaughlin at 12:09 AM