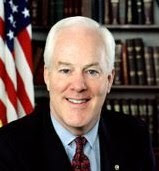 A few years ago, I made a trip to the Banff National Park in Canada. As with many national parks both here and in Canada, it was a beautiful place. At one point, we had to stop and wait for about 15 minutes until a group of mountain goats decided they wanted to get out of the middle of the road. A little further along, a moose emerged from the forest and loped along beside our car for about a quarter mile until he got bored and disappeared back into the foliage.
These were magical experiences and made our visit to the area much better. The animals in the park were obviously not afraid of humans, and therefore did not try to hide from them.
The reason for this is because the government there is very serious about keeping guns out of their parks. Guns must not only be unloaded and packed away, but they are put in a bag with a special seal. If the seal is broken when you leave the park, you are in a lot of trouble. They do this to protect the animals and make the park experience better for visitors.
Although they don't go to those lengths, many U.S. National Parks also prohibit guns. But our Texas senators, Cornyn and Hutchison, would like to change that. They want to change the law to allow Americans to carry firearms into our National Parks. Fearing a possible Democratic landslide in the coming election, they are trying to save themselves by pandering to the large number of gun owners.
Now I am not one of those who think we should outlaw gun ownership. I can read, and I know the Constitution guarantees the right of the people to own and bear arms. But allowing guns in our National Parks is just a very bad idea.
There are too many nuts among us that would think it funny to use protected animals as target practice. They would not only drive the animals away and ruin the park experience for everyone, but they would make a park visit much more dangerous. We'd have to worry about dodging stray bullets because some jerk thought it was cool to take potshots at a park animal.
There is no legitimate reason to allow guns inside our National Parks. This is just one more reason we must see that Cornyn is defeated in the upcoming election.
Posted by Ted McLaughlin at 12:04 AM