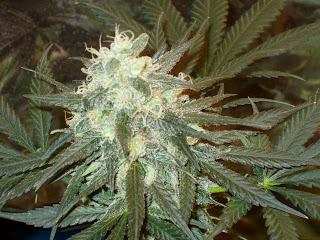 I must admit that this trial in Amarillo surprised me. Amarillo is a place where right-wing politics and religious fundamentalism abound. It's not a place where drug offenders can expect an impartial trial normally. But that seems to have happened in spite of the ultra-conservative climate here.
Last October, Tim Stevens was arrested for possession of marijuana. He tried to explain that the small amount he had was to help ease the pain he was suffering because he has AIDS. But the County Attorney wouldn't listen.
The County Attorney says, "Every defendant wants compassion and that's understandable, that's human nature. But our job is not so much to be compassionate as to see that justice is done."
It seems that the County Attorney has a very narrow definition of justice. To him, it means convicting everyone who is arrested -- with no exceptions. He doesn't think justice has anything to do with fairness, decency and doing the right thing.
But a couple of days ago, an Amarillo jury disagreed with that very narrow definition of justice. After listening to both sides in the misdemeanor case, it took the jury only 11 minutes to decide on a verdict of innocent. They decided that an ill person using medical marijuana is not something the legal system should interfere with.
I must agree with the jury. It is not an injustice for the law to show some compassion. The law is meant to protect society from criminals -- not harass sick people.
Posted by Ted McLaughlin at 12:01 AM