Clinton To Continue Hurting The Party 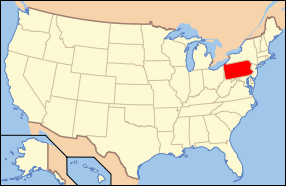 I was wrong! I really thought Obama would finish within 5-6% of Clinton in Pennsylvania. But with 95% of the vote in, it looks like Clinton will finish there with a 10-point lead. That means she will continue to attack and damage the leader -- Obama. This is not a good situation.
But even though she scored a 10% win in Pennsylvania, she really didn't pick up nearly enough delegates. According to CNN, the delegate count now stands at 1694 for Obama and 1556 for Clinton. It is still next to impossible for Clinton to catch up. She would have to win every remaining state by large margins, and that just ain't going to happen.
Her only hope is that she can damage Obama enough that the superdelegates will overrule the majority that Obama will have. Personally, I think that would split the party and give the election to the Republicans, and that is unthinkable. This should be a huge year for Democrats.
Clinton cannot win the nomination or the presidency, but she can create a lot of enemies in the party, and drive a lot of voters out of the party. Thanks to tonight's result in Pennsylvania, she will continue her "slash and burn" campaign.
I'm starting to get a sick feeling about November. I hope I'm wrong.
Posted by Ted McLaughlin at 12:05 AM