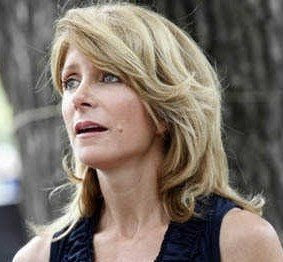 It looks like the lackluster senator from District 10 in Fort Worth is going to have to beat his opponent in the November election if he wants to keep his seat. Kim Brimer, a Republican state senator with ethical concerns (he charged the state for "rent" he said he paid to his wife), has lost the court case he filed against his Democratic opponent.
Brimer had filed the court challenge in an effort to keep his opponent, Wendy Davis, off the November ballot. He claimed she could not legally run because even though she had resigned her city council seat before declaring her candidacy, she had to serve until her replacement was chosen (as the law required).
The court ruled that the Davis candidacy did not violate the rules, and she should be on the November ballot. That's bad news for Brimer. Davis was a very popular council-member, and a 2008 poll of District 10 voters showed only a minority of them even know who Brimer is. There is a very good chance he will lose in November.
Because of this, there is a very good chance Brimer will appeal the decision. His best chance of winning is to not have an opponent. I doubt if the appeal will help him much though. Davis did everything she could do to follow the rules.
Upon hearing of the ruling, Wendy Davis said, "I'm very very confident in the law and I'm very confident, that regardless of the appellate level that hears this case, we are legally on the ballot. I hope it sends a message to my opponent. That message being that it's time to start debating the issues that are important to the voters of Senate District 10 and put aside these petty legal obstacles."
Posted by Ted McLaughlin at 12:03 AM