13th District Is Represented By An Idiot 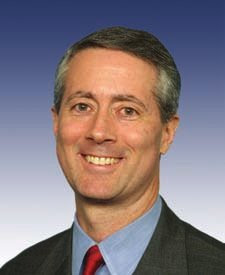 There are some real nuts in Congress, and many of them talk enough to be a constant embarrassment to their constituents. The 13th District of Texas is represented by a real idiot and right-wing nut -- Mac Thornberry. The only thing good about Thornberry is that until now, he has generally kept his mouth shut and stayed out of the national spotlight. I always figured it was because he understood his own incompetence and didn't want to show it to the world.

After all, if we give the rich all the money, they'll share it with the rest of us won't they? NOT! Where has this buffoon been the last few years? Bush and the Republicans did everything they could to see the rich made larger profits every year, but somehow none of it trickled down to anyone else. They just hoarded it, and whined about having to pay any taxes at all. Wages either remained stagnant or the jobs were shipped overseas.

Rep. Dingleberry has decided to do away with our income tax system and replace it with a sales tax. Never mind that the sales tax is the most regressive of all taxes. Poor and working class folks would probably wind up paying an even larger percentage of their income than they do now, while the rich will wind up paying a negligible percentage of their income. But that's OK. It's the Republican mantra to protect the rich while soaking the workers.

If he can't get that done, Rep. Dingleberry has a fallback position. He'll just lower the top tax rate to 25%. Never mind the ultra-rich have gotten even richer under the current tax rate, and control around 40% of our nation's wealth. Republicans like D-berry won't be happy until the rich control all the wealth and the rest of us are slaves.

Many of us in the Panhandle and West Texas have known this guy was a moron for a while now. It's just too bad he had to finally open his mouth and prove it to the rest of the world.
Posted by Ted McLaughlin at 12:02 AM