Are Income Tax Records Confidential, Or Not ? 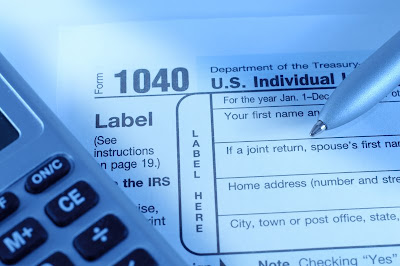 One of the biggest gripes the right-wing has against undocumented immigrants is that they take jobs and then pay no taxes. Of course, it's not true. Other than day-labor and agricultural workers, there are very few jobs in this country that don't take taxes out of each paycheck. Another thing that helps the government to collect taxes from immigrants is the confidentiality of tax documents.

Long ago, the United States government decided it wanted to collect as much tax from the underground economy (or "Black Market") as possible. It was obvious that if paying a tax could be used as incriminating evidence, then no tax would be paid. So the government passed a law making income tax documents confidential. Since then, no government or police department can subpoena tax records to be used in a criminal trial (except for non-payment of taxes).

The tax confidentiality provision has worked even better to allow immigrants to pay their taxes than it has with the Black Market. But in Greeley, Colorado, there's a local prosecutor that has decided the confidentiality laws don't apply to him. Weld County District Attorney Ken Buck raided the office of a tax preparer popular with Hispanics, and seized some 4,900 records.

Weld has used those records to identify undocumented immigrants, and charge them with crimes such as Using A False Social Security Number. Fortunately two separate judges have ruled Buck's search warrant invalid.

Buck seems to think he had the right to search the tax records, because he got them from a tax preparer and not the Internal Revenue Service. Has Buck found a way around the tax confidentiality law? If so, then the law just becomes moot and unenforceable.

Some may think it's OK because this was just used against undocumented immigrants. But that's not true. Many of the 4,900 people whose documents were seized were legal immigrants or citizens. Their privacy was also violated.

If Buck's actions are found to be legal, then the offices of any tax preparer or accountant could be raided at any time on a "fishing expedition" for some kind of illegal activity. It would not matter whether they had immigrants as clients or not.

Confidentiality is like equality. If you can exclude any group, then the potential exists that all other groups can be excluded (and when the government is involved, that potiential will eventually become reality).

This prosecutor has gone too far, and it is my fervent hope that the state and federal appeals courts let him know that in no uncertain terms.
Posted by Ted McLaughlin at 12:32 AM