Joe Barton Is An Embarrassment 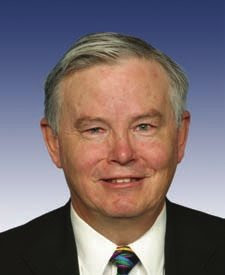 "Smokey Joe" has decided that everyone else is wrong he is right, and don't try to confuse him with facts. Industrial polluters are filling his campaign coffers, so they can't be wrong. Just listen to the nonsense he's been spouting lately:

“I would also point out that CO2, carbon dioxide, is not a pollutant in any normal definition of the term. … I am creating it as I talk to you. It’s in your Coca-Cola, you’re Dr. Pepper, your Perrier water. It is necessary for human life. It is odorless, colorless, tasteless, does not cause cancer, does not cause asthma.”

“And something that the Democrat sponsors do not point out, a lot of the CO2 that is created in the United States is naturally created. You can’t regulate God. Not even the Democratic majority in the US Congress can regulate God.”

“If you think greenhouse gases are bad, life couldn’t exist without greenhouse gases. … So, there is a, there is a climate theory — and it’s a theory, it’s not a fact, it’s never been proven — that increasing concentrations of CO2 in the upper atmosphere somehow interact to trap more heat than the atmosphere would otherwise.”

Barton seems to think the voters in his district (just south of the DFW Metroplex) are idiots, and will return him to Congress no matter what he says or does. Maybe he's right. He's been protecting the corporations over his constituents for years and he keeps getting re-elected.

Texans should be ashamed of some of the nuts we send to Congress.
Posted by Ted McLaughlin at 12:04 AM