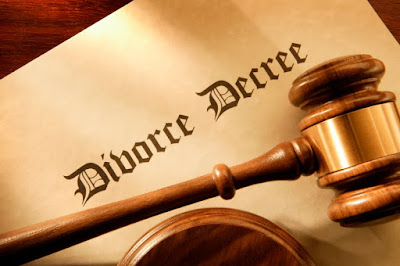 Sometimes the right-wing can be amazingly stupid, and I believe this may be one of those cases. A man named James Marcotte has proposed to alter the California constitution to ban divorces in the state. Yesterday, Secretary of State Debra Bowen announced that Marcotte has 150 days to gather the required signatures to get the initiative on next year's election ballot.
The nut has until March 22 of 2010 to collect 694,354 signatures (or 8% of the total votes cast for governor in the last state election). Here is the initiative as worded by the state attorney general:

ELIMINATES THE LAW ALLOWING MARRIED COUPLES TO DIVORCE. INITIATIVE CONSTITUTIONAL AMENDMENT. Changes the California Constitution to eliminate the ability of married couples to get divorced in California. Preserves the ability of married couples to seek an annulment. Summary of estimate by Legislative Analyst and Director of Finance of fiscal impact on state and local government: Savings to the state of up to hundreds of millions of dollars annually for support of the court system due to the elimination of divorce proceedings. (09-0026.)

Supposedly, he has suggested the initiative as a way to save the state some money. If you don't have divorce, then you don't need divorce courts and judges. That's ridiculous. There are many other ways to save money or to raise money. This sounds like just another volley in the right-wing fundamentalist war against equal rights for women.
What's going to happen to the thousands of women in the state who must get a divorce because of their physical or psychological abuse (or the abuse of their children)? Is saving the state a little money a good enough reason to abandon these women?
Of course, it won't affect the rich or upper middle-class. These people can just go to another state to get their divorce, because they have the money to establish residency in the new state. But what about poor and working-class women? They will be condemned to live with abuse -- very possibly life-threatening abuse.
This is just a real bad idea. Hopefully, Marcotte will not be able to raise the required number of signatures to get it on the ballot, or it'll be defeated in the next election by Californians. But then I thought the same thing about proposition 8 in the last election.
Posted by Ted McLaughlin at 12:06 AM