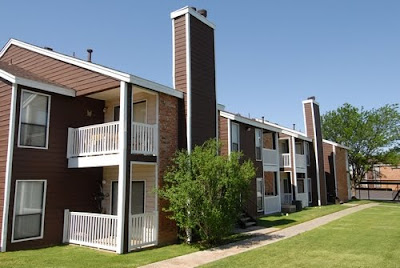 A year ago, apartment owners thought the economy and the large number of home foreclosures would create a boon in apartment rentals. The National Apartment Association predicted a rise in the demand for apartments because of "the combination of a stagnant, recessionary-like economic environment, a shift toward renting, weak job reports, declining payrolls and general uncertainty."
Well, it doesn't seem to have worked out that way. They were right about the economy and jobs, but it has not resulted in a higher demand for apartments. In fact, the apartment occupancy rate has actually gone down. The national occupancy rate currently rests at 92.2% -- the lowest since 1986.
Here in Texas, it's even worse. Apartment owners here would probably be pretty happy to equal that national rate. Here are the rates in some Texas cities:
Amarillo..........89.8%
Lubbock..........90.2%
Abilene..........92.0%
Dallas/Ft. Worth..........87.7%
Austin..........89.3%
There are a couple of reasons for this. The federal governments tax credit incentives for first-time home buyers has caused apartments to lose some of their renters. But the main cause is the huge loss of jobs the country has suffered.
If a person can't make a mortgage payment because of a job loss, the chances are very good that they can't make a rent payment either (especially with rents as high as they currently are). So where have these people gone? They've either moved in with family, or they've joined the growing number of the homeless.
Since the Great Depression, we've had a number of recessions -- but they were short-term and the recovery was quick. Our current recession is different. It has done serious damage to our economy that will take years to recover from, and the recovery hasn't started yet (and may not for a couple of years or more).
Posted by Ted McLaughlin at 12:02 AM