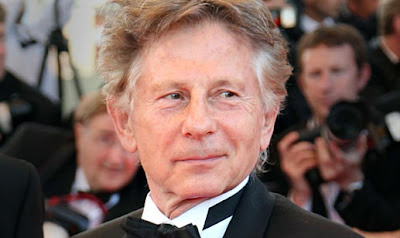 This is pretty shocking news. Child rapist Roman Polanski has been granted bail by a Swiss court. They granted that bail even though they knew he has a history of jumping bail, and has been on-the-run from law enforcement officials for many years.
Granted, the bail is pretty stiff -- about $4.5 million. The court says he also must stay at his Swiss chalet in the ski-resort city of Gstaad. He must also be electronically-monitored to make sure he does not leave the chalet.
Many legal experts believe this will seriously delay the extradition hearing to determine if he will be returned to California to serve his sentence (for raping a 13 year-old girl). Now that's he's ensconced in his multi-million dollar chalet instead of waiting in jail, he and his attorneys have little reason not to drag out the legal process as long as they can.
Personally, I think he is still a flight risk. Will he think it's worth $4.5 million to stay out of a California prison? I think there's a good chance he would consider that money well-spent. Since he wouldn't be returning to Switzerland if he runs again, he could always use the Swiss chalet in Gstaad to pay the bail off, and he's found several European countries that won't arrest or extradite him.
I expect he'll stick around Gstaad for a while, but if it starts looking like he'll actually be extradited, he'll take off again. I hope the officials in California aren't holding their breath, because it's starting to look like Polanski will never make it back there. And that's a real shame, because he's definitely earned some prison time.
I'm very disappointed in the Swiss court. It's just another example of the difference in justice between the rich and poor.
Posted by Ted McLaughlin at 12:02 AM