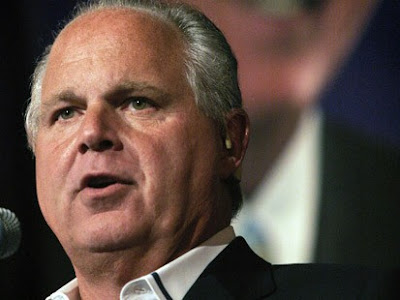 Ultra right-wing radio host Rush Limbaugh is spending the holidays in Hawaii at the Kahala Hotel and Resort. He has been seen on the golf course next to the resort in the last few days, but it now looks like his vacation has taken a turn for the worst.
Yesterday about 2:41pm, paramedics were called to the Kahala. They treated Limbaugh and then took him to Queen's Medical Center in what was described as "serious condition". Sources have said paramedics were called because Limbaugh was experiencing chest pains.
Has all the illegal drug use blown out his heart?
Posted by Ted McLaughlin at 12:04 AM