Running A Campaign On Tamales 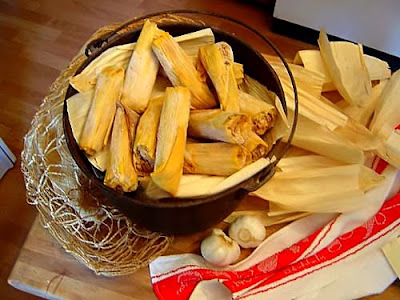 I have to give Jaime O. Perez credit for creativity, even if his idea is more than a bit ridiculous. He says he's going to enter the Republican primary in El Paso to try and win the right to oppose Rep. Silvestre Reyes (D-Texas). He has at least one opponent in the primary.
The creativity comes in how he plans to finance his campaign. He is selling tamales (at $11.99 a dozen). Perez said, "My sister makes them really well." He's going to have to work his sister to death though to raise enough money for a decent campaign. Family and friends just finished wrapping up 100 dozen tamales for him to sell, but that will only get him $1199 (minus the cost of the ingredients).
Frankly, that's not enough money to even get noticed in a campaign for a seat in the United States House of Representatives. He would need to sell 100 times that number just to get started. Normally, a candidate would need a couple of hundred thousand dollars to run a viable campaign for a House seat.
Perez says, "I'm putting a signal out there that you don't have to be rich to participate." He may be right, if participation is his only goal. But if he wants to win, then he is definitely wrong. You do have to be rich to win a seat in Congress these days (or have a lot of rich friends you're willing to sell your soul to).
I love tamales, and if I lived in El Paso I'd buy some of Perez's tamales (even though he's a Republican). But that campaign is just a curiosity, and not a real effort to win the seat.
Posted by Ted McLaughlin at 12:02 AM