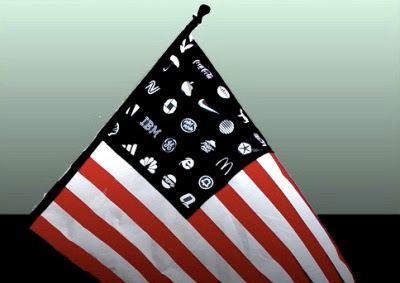 Thanks to decisions by the Supreme Court of the United States, some very recently, corporations are now considered to be persons with the natural rights of a person, and money is considered to be speech (and therefore cannot be limited during political campaigns). As Lyle Denniston of SCOTUSblog says, "If anything, the decision in Citizens United v. Federal Elections Commission conferred new dignity on corporate "persons", treating them -- under the First Amendment free-speech clause -- as the equal of human beings."
Because the Supreme Court now recognizes it as a person who can spend unlimited funds in a campaign, a Maryland corporation has decided to run for Congress. Murray Hill Incorporated, a Washington D.C. based corporation, has filed to run for election to the U.S. House of Representatives in Maryland's 8th district. The corporation has chosen to run in the Republican primary, because Republicans are more "sympathetic" to corporations.
The corporation has opened it's campaign with a YouTube video, which can be seen at http://www.youtube.com/user/murrayhillcongress. They also have a Facebook page and a campaign website. Here are some quotes from the corporation's campaign press release:
"Until now corporate interests had to rely on campaign contributions and influence peddling to achieve their goals in Washington. But thanks to an enlightened Supreme Court, now we can eliminate the middle-man and run for office ourselves."
"The strength of America is in the boardrooms, country clubs and Lear jets of America's great corporations. What we're saying to Wal-Mart, AIG and Pfizer, if not you,who? If not now, when?"
"It's our democracy. We bought it, we paid for it, and we're going to keep it. . . .The business of America is business, as we all know. But now, it's the business of democracy too."
"We want to get in on the ground floor of the democracy market before the whole store is bought by China."
The corporation has a "designated human", Eric Hensal, who "will help the corporation conform to antiquated 'human only' procedures and sign the necessary voter registration and candidacy paperwork." The company plans to use automated robo-calls, "Astroturf" lobbying and computer-generated avatars to get out the vote.
Of course, Murray Hill Incorporated is running this campaign as a form of political satire to show how ludicrous the new Supreme Court decision really is -- but they have a valid point. Corporations have also bought and paid for many members of Congress (in both parties). Why shouldn't they eliminate the "middle-man" and just buy the seat outright now?
The recent Supreme Court decision giving corporations the right to unlimited campaign spending is a prime example of why the activist conservative Supreme Court is bad for America.
Posted by Ted McLaughlin at 12:06 AM