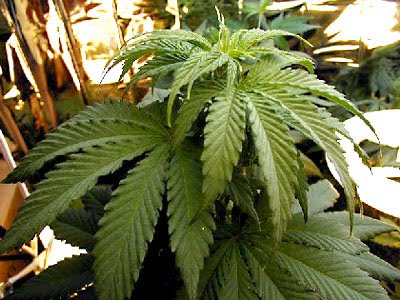 It is well within the realm of possibility that marijuana could become legal in at least one state this year. And I mean completely legal -- not just legal for medical use. California will be voting on whether to legalize the gentle herb in the November election.
Yesterday, supporters of legalizing marijuana turned in petitions containing over 700,000 signatures. This pretty much insures that the proposition will appear on the November ballot, especially considering that only 433,971 valid signatures were required. Now it is up to the Secretary of State to validate the signatures and assign the proposition a name and number for the ballot.
According to the Los Angeles Times, "The iniative, known as the Regulate, Control and Tax Cannabis Act, would make it legal for anyone 21 and older to possess an ounce of marijuana and grow plants in an area no larger than 25 square feet for personal use. It would also allow cities and counties to permit marijuana to be grown and sold, and to impose taxes on marijuana production and sales."
The proposition does have a chance to be approved. A Field Poll taken last April showed that around 56% of California's voters approve of legalizing and taxing marijuana (60% in the Los Angeles area). The only question now is who is going to show up to vote in November.
Fundamentalists, teabaggers and other conservatives are energized and probably will go to the polls in large numbers. But most of these people can be expected to vote against marijuana legalization. For the measure to pass, large numbers of liberals and independents must also vote. I hope they aren't so disgusted with the spineless Democrats that many of them just decide to stay home in November.
This makes a lot of sense, both socially and fiscally. Marijuana does not pose near the danger of other legal drugs (like tobacco and alcohol), and in this recession California (and other states) can certainly use the tax money. But someone has to go first, and if California can't do it, it is unlikely that anyone else will try in the near future.
For now, I'm crossing my fingers and putting my faith in California voters.
Posted by Ted McLaughlin at 12:04 AM