Has Hutchison Blown Her Re-election ? 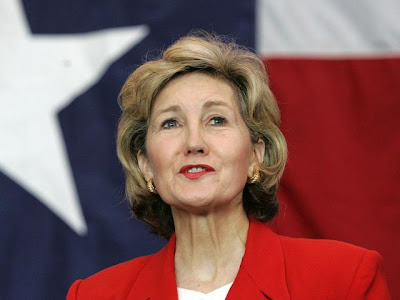 It's starting to look like Senator Kay Bailey Hutchison's recent loss to Rick Perry in the Texas Republican primary has done damage to her political future in general. Much of this may be due to her continually shifting promises about quitting the senate.
Hutchison originally told voters that she would quit the senate last summer to devote her full time to running for governor. Then she pushed back her resignation to the Fall. Then she said it would be Spring of this year. After losing the primary, she said she would finish out her term. And now she is actually considering running for re-election. Her promises have become cheaper than two-day-old bread.
And it looks like it's not only hurting her credibility, but her chances of re-election. Her numbers have fallen drastically. Here is how Public Policy Polling puts it:
"In February of 2009 PPP found Hutchison with a 58% approval rating, putting her among the most popular Senators and Governors in the country. Now Hutchison's approval is only 37% and she has negative overall numbers with 43% of voters disapproving of her. Only 35% of voters think she should seek another term in 2012 while 48% think it's time for her to hang it up. And if she does decide to run again only 32% of voters say they'll support her with 47% saying they'd support someone else."
Her race for governor didn't do her political future any good. She had to veer to the right to try and appeal to the right-wing base of the Republican Party, and now many moderates consider her to be too far to the right. At the same time, most conservatives consider her to be far too moderate. She seems to have upset everyone.
Of course it's still a long way until her seat is again contested in 2012, but if she is seriously thinking of running again then she has a lot of repairing to do with her image.
Posted by Ted McLaughlin at 12:04 AM