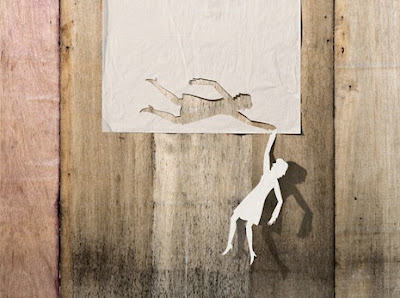 One of my daughters has a blogger friend who lives in Europe. Although he was born in the United States, he has lived in Europe for over thirty years and is now also a citizen of a country there (which I will leave unnamed). Although they have never met in person, they have both been posting on the same blog and have been e-mailing and instant-messaging each other for a couple of years now. It is one of the nice things about the internet that people can now easily have friendships with people all over the world -- people they will probably never get to meet in person.
This gentleman has had some recent hardships in his life, but we all thought he was handling them well and would get through them with some help and love from his friends. It looks like we were wrong because this post appeared on his blog a few days ago:
I won't be around much longer. Yup, am gonna leave the planet.

Oh, don't get all crazy, I am so focussed on this. There are things that in themselves are meaningless. However.... something turns up that is the proverbial straw that breaks the camel's back.

Hey, you can get knocked down, you get up, brush yourself off, and go on.

But ONE day.... everything crashes on your head, and all you want to do is leave.

And you realise you can't DO it any more. Am at that point.

This isn't a cry for help. It's been in my mind for a lonnng time. I want everyone to know... I have loved people... deeply. I have tried to make a difference in the world. Most of it didn't work.

Am hanging out for a week or so, but once I get things squared away, I will be gone.

I wish to say I loved being here. . . And the nice people here who were supportive.

I don't know how to say this.... I probably would have left the planet if not for you all.

I have a week or so to get things in order. But it was profoundly nice to meet you all.
Although he said the post was not a "cry for help", my daughter (and I) believed that was exactly what it was. My daughter got on the internet and for the next couple of hours traded instant messages with him. She pleaded with him, tried to reason with him, and pointed out that he had friends who cared for him. It was all to no avail. He said his mind was made up and there was nothing she could do or that he wanted her to do.
That was not good enough. A person simply cannot sit idly by while a friend, who is obviously in the midst of a serious depression, commits suicide. My daughter decided to call the Suicide Hotline, in the hope they would have some suggestions about what to do. They were of no help at all. Their only suggestion was to call 9-1-1 (which would have been a waste of time since 9-1-1 can do nothing about a threatened suicide in Europe).
But persistence is not a quality lacking in my daughter. The next morning she contacted the United States State Department, explained the situation to them, and asked if there was anything they could do to help. I must admit that I didn't expect them to help. I was wrong! My daughter was contacted by an official from the U.S. Embassy in the European country. This same official also called the gentleman wanting to commit suicide, and the appropriate social service agency in that country (and even gave my daughter the name and contact information of the social service worker assigned to the case).
That social service agency worker paid a visit to the gentleman in question. We know this because the gentlemen sent my daughter an angry e-mail about her "interference". That is the last thing we have heard about the matter. Did he go ahead and commit suicide? Is he now in a hospital getting psychological help? We don't know. All we can do at this point is hope for the best.
We do know the U.S. Embassy and the social services of that country are trying to help, and we must trust they will be able to do so. We do appreciate the fact that they would take action on a request from an ordinary person halfway around the world.
As for my daughter, she says she could not just do nothing. It is better that he receives help even if he hates her for making sure he got that help. It goes without saying that I'm very proud of her. But that is not why I wrote this post.
The point is that if you know of a person threatening suicide, you must take action. It does not matter that the person doesn't want help or would hate you for helping. Life is far too precious to let chronic depression take it away. In the final analysis you must live with your own conscience, and that is far easier to do if you know you did everything you could possibly do to save a person's life -- even if that person said they didn't want your help.
Posted by Ted McLaughlin at 12:02 AM