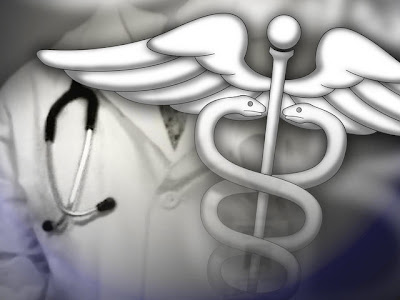 Many of the new Republicans elected to Congress about three weeks ago (and a lot of the Republicans re-elected) campaigned on repealing the new health care reform law.   Some of them even made repealing health care a centerpiece of their campaign.   In a few short weeks, they will be taking office and they are already being schooled on House and Senate rules and benefits of being a senator or representative.   One of those benefits is that they get free health care -- the very thing they campaigned on denying to millions of ordinary Americans.

It looks like the American people agree with Rep. Crowley.   A Public Policy Polling survey taken from November 19th through 21st shows that a healthy majority of Americans think those senators and representatives who campaigned against health care should not accept the free health insurance offered to them by the government.

Now you may think this is just the feeling of some "sour grapes" Democrats trying to get back at those who want to repeal health care.   Not true.   The Democrats polled actually had a larger percentage that thought they should accept the health care than the general public or the Republicans.   In fact, it was the Republicans surveyed who had the biggest percentage thinking they should not accept the government health insurance.

It looks like these new (or old) Republicans might have campaigned themselves into being between a rock and a hard place.   Their own supporters believe they should stop the hypocrisy and opt out of government healthcare.   If they don't, they run the risk of irritating those who put them in office (and there could be a fringe teabagger opponent waiting for them when they run for re-election).   And if they do opt out, then they will have to pay thousands of dollars to buy their own health insurance.

Here is what the people said when asked if those who campaigned against government health care should accept or decline their own government-supplied health insurance:

There have been a couple of the new Republicans that have decided to turn down the government insurance and buy their own.   I guess the hypocrisy was just a little too much for them to accept, and while I don't agree with their policy of denying health care to ordinary Americans, at least they are honest enough not to accept what they want others to do without.   The two Republicans who are turning down the government health insurance are Rep. Mike Kelly (R-Pennsylvania) and Rep. Bobby Schilling (R-Illinois).

But it looks like all of the other incoming and re-elected Republicans will be accepting the free government insurance.   I just have one word for them -- HYPOCRITES!   The government shouldn't provide anything for a senator or representative that it's not willing to provide to all Americans.

Meanwhile, it doesn't look like the Republicans have the mandate they are bragging about to repeal health care reform anyway.   A new McClatchy/Marist poll shows that a majority of Americans want to either keep the new health care law as it is or make it even stronger.   It's a minority of those polled who would weaken or repeal the law.

Here are the poll numbers: