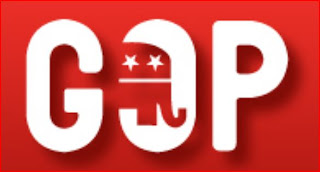 That was OK with the Republicans when a candidate's funding depended primarily on the party's support, but with the Supreme Court decision in Citizens United vs FEC, the political finance landscape was changed. That decision meant that corporations and organizations could pour unlimited amounts of money into political campaigns. It didn't take the Republicans long to realize that gave them a sizable advantage in electoral politics -- one which was demonstrated in the 2010 elections.

After seeing the monetary advantage they had in the 2010 campaign, the Republicans began to think they could make this advantage even larger by doing away with federal financing of presidential campaigns -- giving their own candidate a huge leg up over the Democratic candidate. And on Wednesday they acted by voting to eliminate the federal financing.

Of course they didn't admit they were acting in their own political interest. They couched the elimination in terms of saving the federal government some money and cutting the federal deficit. They bragged that this action would save $617 million over a ten year period (or about $61.7 million a year). While that may sound like a lot of money to the uninitiated, it is really a tiny amount when compared to the federal budget and will make very little impact on the deficit. In fact, it is only 0.000155% of the tax cut they gave the super rich (which increased the deficit by $400 billion a year).

Sadly, there will be some teabaggers and other right-wingers who will believe this is a real deficit-reduction measure. It isn't. It's nothing more than a naked attempt to give Republicans an advantage in the 2012 presidential election.

Will this bill survive when it reaches the Senate? Probably not. The Democrats would be foolish to even vote on this silly bill. It should die an ugly death and be buried beside the stupid Republican bill to repeal health care reform. I imagine we'll be seeing a lot more of these kind of bills coming out of the Republican House -- bills that are meant to give Republicans an advantage in 2012, but which would do nothing to help people out of this recession.
Posted by Ted McLaughlin at 12:04 AM