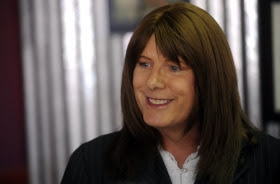 It took a little while, but it looks like the race for mayor in Amarillo has finally gotten interesting enough to pay some attention to it. When Mayor Debra McCart announced nearly a month ago that she would not be running for another term, only one candidate instantly jumped in the race to replace her. Car salesman Paul Harpole announced he would be running only days after McCart's announcement.

Harpole looks to be the establishment candidate. He is an ex-member of the city commission, and he supports the actions of the current city commission (and mayor). He is also opposed to Amarillo going to a system of electing city commission members by single member districts. He wants to keep the current system where all members are elected at-large (and therefore all wind up coming from the same wealthy and white part of town -- even though non-Hispanic whites only make up 52% of the city's population, and that percentage drops sharply again when you consider many of the city's whites are not wealthy). He is happy with a small group of people controlling the city government.

For a couple of weeks it looked like Harpole might be the only candidate. But last week David Grisham, security guard and head of the tiny ultra-fundamentalist group Repent Amarillo, tossed his hat into the ring. You may remember him as the nutjob that tried to burn a Quran in a local park last September. He was dousing it with lighter fluid when a man walked up and snatched it away -- ruining Grisham's publicity stunt and making him look like the fool he really is.

The only good thing I can say about Grisham is that he supports single-member districts for the city commission (which is badly needed in a city the size of Amarillo). But Grisham is such an ultra-fundamentalist religious nut that he makes normal fundamentalists look downright liberal. There is little doubt that he would try to turn the city government into a mini-theocracy, and get the city involved in some costly and futile court battles.

Things were looking pretty grim. I didn't want to support the establishment candidate who wanted to keep the status quo, but I couldn't vote for the religious nut either. Thank goodness a third candidate entered the race yesterday, and it looks like a reasonable candidate that I can happily and whole-heartedly support.

That candidate is 53 year-old Sandra Dunn (pictured above). Dunn is a transgendered woman, but says she hopes her lifestyle choice doesn't become a distraction during the campaign (and she has no intention of forcing her choice on others). She just wants the city run in a reasonable progressive fashion.

Dunn is in favor of single-member districts. She also supports the renovation of the downtown area but with a few changes -- like less uniformity. She said she supports real sex education, and wants to try and reduce teen pregnancies. And she opposes a city-wide smoking ban (which Amarillo voters have rejected at least twice in the recent past). Frankly, that sounds like a platform I can support without reservation. She is undoubtably the best of the three candidates.

Dunn doesn't have a lot of money to spend on her campaign, and will probably be vastly outspent by the establishment candidate. Instead, she is basing her hopes on a city-wide door-to-door campaign. I wish her well. It probably doesn't mean much, but Sandra Dunn has the support of this blog.
Posted by Ted McLaughlin at 12:02 AM