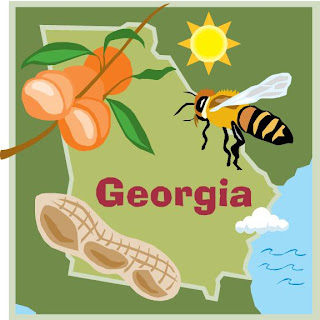 The right-wingers in Georgia thought it would be great to jump on the anti-immigrant bandwagon. They didn't want to be left out as states like Arizona and Alabama got all the publicity for passing racist anti-immigrant laws that appealed to the teabaggers. After all, what could be the downside to opposing immigrants -- especially the brown-skinned ones? To their way of thinking it would get votes and save the states for "real Americans".

But reality and politics don't always mesh very well -- especially right-wing politics (which has little to do with reality). The law was meant to get rid of the state's illegal immigrants. And it worked -- too well. The undocumented workers left the state in droves after the law was passed. The only problem, a problem evidently no one had considered, was that the state needed those workers.

Now the state's agriculture industry is in trouble. There is produce rotting in the fields because there are no workers to harvest them. The state took a survey and found out they were at least 11,000 workers short of the number they need (and it may be much worse than that since many farmers didn't answer the survey). Now the state's right-wing leadership is searching for an answer to the problem they have created -- an answer that wouldn't involve them having to repeal the law and look as stupid as they are.

The governor of the state says, "The agriculture industry is the number one economic engine in Georgia and it is my sincere hope to find viable and law-abiding solutions to the current problem our farmers face." (He neglects to mention that it was him and his cohorts in the legislature that created the problem.)

The governor has suggested that the farm jobs be given to the approximately 2,000 criminal probationers in southwest Georgia who are unemployed. This is a pitiful and unworkable solution. Even if these people would take those farm jobs, which most probably wouldn't, it wouldn't even cover 20% of the workers that are needed.

This is a prime example of right-wingers passing a law based on their own racist attitudes without realizing the real-world consequences of their silly law. The funny part of all this is that their best hope for a solution (without admitting their own idiocy) may lie with a federal judge overturning the law. That way they could bad-mouth the judge -- while breathing a sigh of relief and thanking their lucky stars.
Posted by Ted McLaughlin at 12:04 AM