There Are More Presidential Candidates Than You Know About 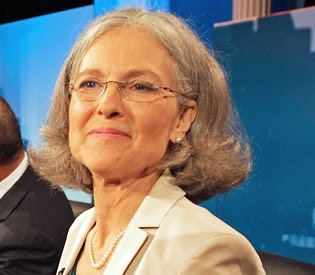 If you've been paying attention to the presidential politics being reported by the mainstream media, then you know about some of the candidates running for president next year. You've probably heard about the eight Republicans running for their party's nomination and about the president, who is running for re-election. You may even be aware of Green Party candidate Jill Stein (pictured above) and know that the Libertarian Party will be choosing their own candidate in the coming months. But those candidates are just a tiny fraction of the official candidates for president.

According to the Federal Election Commission there are 259 candidates who have filed a Statement of Candidacy (FEC form 2) to register as a presidential candidate for the 2012 election. Now most of these people don't stand a chance of being elected, and most will never even make it onto an official ballot (in either the primaries or the general election). But that doesn't mean they don't consider themselves to be serious candidates. They can't even file the Statement of Candidacy until they meet the following requirements:

Under the Federal Election Campaign Act of 1971, as amended (the Act), an individual becomes a candidate for federal office when:
So amazingly, these are all candidates who have either raised contributions of over $5,000 or spent more than $5,000 on their campaign. That's a fairly significant amount of money, and would weed out most people just doing it as a joke. Here's the official list of all the presidential candidates (and this list is sure to grow even larger). A candidate has 15 days to file the form after declaring his/her candidacy (and meeting the above requirements).