Discrimination Is Alive & Well In Texas 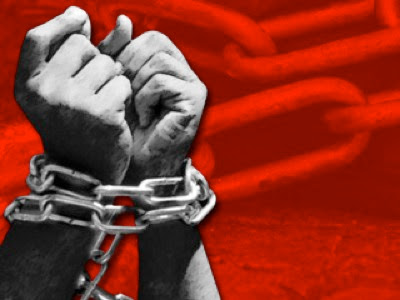 By now you've probably heard about the federal judges tossing out the new district lines drawn by legislative Republicans, and replacing them with districts that are fairer -- especially for minorities. It has the Republicans in the state howling that they have been mistreated, and the state attorney general (a Republican) is now threatening to appeal the decision to the U.S. Supreme Court.

Now you may be asking yourself why the Republicans shouldn't be allowed to draw the district lines any way they want. After all, they were elected by the people of the state and control both houses of the legislature and the governor's mansion (and wouldn't the Democrats have also tried to draw district lines that favored them if they had been in power)? Shouldn't the Republican-drawn lines be honored?

The short answer is NO, but to understand why the answer is "no" you need to know a little bit about Texas history. Before the Civil War, Texas was a slave state. And when the Civil War broke out, Texas left the Union and joined the Confederacy (and all but four of Texas' many counties voted to join the Confederacy). Texas wanted to keep slavery legal so badly that it ran the presiding governor out of the state when he opposed leaving the Union, and he was a true Texas hero -- Sam Houston.

The Civil War was won by the United States and all slaves were freed, but that didn't mean that Texas was ready to accept minorities as equals -- far from it. They joined the South in imposing Jim Crow laws. Separate schools, restaurants, and drinking fountains were established and even transportation was divided by race. But perhaps most onerous was the denial of voting rights to minorities.


White officials in Texas, just like in the Southern States, did everything they could to dent voting rights and elected representation to minorities. They imposed things like poll taxes and literacy tests and gerrymandered districts to dilute the minorities that could vote. The effect was to shut minorities out of the government -- both on the state and federal level.

This was all changed when the Voting Rights Act was pushed through Congress by President Lyndon Johnson (ironically a Texan himself) in the 1960's. But since Texas and a passel of Southern States had to be dragged, kicking and screaming, into upholding the new voting laws, the law says when new voting rules are established or new district lines are drawn they must be submitted to the Justice Department for approval -- to make sure the states weren't again denying the rights of minorities.

When the Republicans drew their new district lines this year they knew they could not get them approved by the Justice Department. After all, most of the new population that had given the state 4 new congressional seats was from the huge rise in minority population -- especially Hispanics. And yet, the Republicans did not create new minority districts (because they knew a new minority district would most likely go to the Democrats).

So the Republicans skipped the Justice Department and went directly to a federal court -- one dominated by Republican appointees. They thought this was their ticket to getting the unfair district lines approved. They were wrong. That court followed the law instead of voting along party lines. They not only threw the Republican plan out, but redrew the lines to include more minority districts. Now the Republicans are left with only one option to save their unfair plan -- an appeal to the Supreme Court (which hopefully will fail).

The Republican plan was not kicked out because it favored Republicans over Democrats. That wouldn't have been fair, but it would have been legal. It was tossed out because the Republicans tried to deny minorities their rightful representation through the drawing of district lines that discriminated against them -- and that's a violation of federal law.

In recent years, many Texans (especially the Republicans) have complained that the Voting Rights Act should no longer require pre-clearance of district lines and voting laws with the Justice Department. They say that discrimination in voting and representation no longer exists, and that burden should be lifted. They are wrong, and the discriminatory plan submitted by the state's Republicans proves that. Texas politics still needs to be supervised by the Justice Department (or the courts) to prevent discrimination -- at least for the foreseeable future.

Discrimination is alive and well in Texas. The Republicans have just shown us that.
Posted by Ted McLaughlin at 12:04 AM