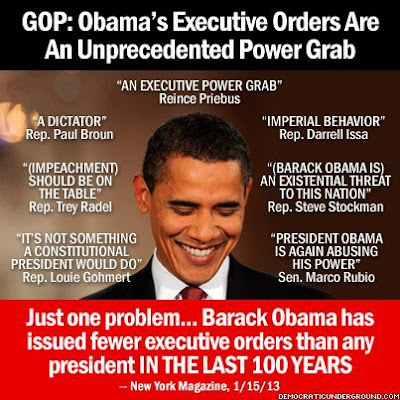 As the New York Magazine says, President Obama has issued fewer executive orders than any president in the last 100 years -- and yet the Republicans are acting like he has committed some crime (just look at their outrageous comments). Either they are incredibly stupid (a possibility) or they still can't reconcile themselves to an African-American being elected president (showing their racism). As their ridiculous behavior continues unabated, I'm starting to think that both of those reasons may be true -- they are both stupid and racist.
Posted by Ted McLaughlin at 12:00 AM