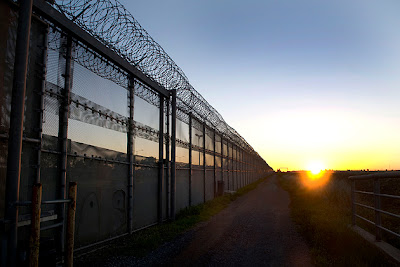 Eight senators, four Republicans (McCain, Graham, Rubio, Flake) and four Democrats (Schumer, Durbin, Menendez, Bennet), have come up with what they call a compromise immigration bill. They announced their bill yesterday, a day ahead of the president announcing his own bill. Their bill has two parts. The first part would increase security at the Southern border, and the second part would provide a path for the undocumented immigrants living in the U.S. to become citizens.

On the surface, that sounds like a reasonable plan, but the devil is in the details -- and those details show it to be a deeply flawed bill that may actually accomplish nothing. That's because the second part of the bill, the path to citizenship, will not go into effect until the border security part has been deemed to be adequately accomplished.

I'm not sure exactly what kind of things will have to happen for the border security to be deemed good enough to allow the path to citizenship to start. They didn't include any specifics about that -- only that a commission, made up of border governors and other officials will decide when the border security is deemed sufficient.  That is troubling, since the governors of three of the four border states are Republicans (Texas, Arizona, New Mexico).

There needs to be specific markers laid out in the bill regarding what must happen before the path to citizenship is started. I'm not sure what those would be, since the border patrol already spends more ($18 billion) than all other federal law enforcement agencies combined (FBI, Treasury, ATF, etc.) -- and the number of undocumented workers in the U.S. has ceased to grow any larger (with the number leaving the country being equal to, or larger, than the number entering).

There are already 21,370 agents patrolling the border (with six unmanned aircraft systems being employed), and the vast majority of our southern border already meets Homeland Security's strictest guidelines. What more must be done?

This makes me think the Democratic senators have been snookered again (just like they were on filibuster reform). They have been conned into accepting a commission dominated by Republican right-wing governors -- a commission that could delay forever the implementation of any path to citizenship. The Republicans got what they wanted with this bill (more emphasis on border security) and also get a way to keep what the Democrats wanted (the path to citizenship) from happening.

This is just a bad bill. Maybe it will be improved when it is actually written, but I doubt it. Senate Democrats seem to be looking for ways to give in to their Republican counterparts these days. They talk like progressives, but legislate like cowards.

Maybe President Obama's immigration bill will be better. It certainly couldn't be any worse. And maybe he'll put his foot down and demand a better bill from Congress. But while I'm a dreamer and hope that happens, I certainly wouldn't bet any money on it.
Posted by Ted McLaughlin at 12:08 AM