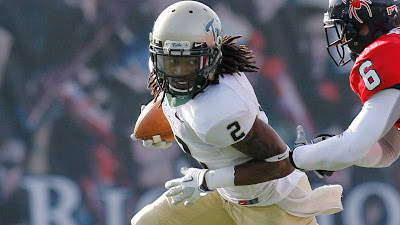 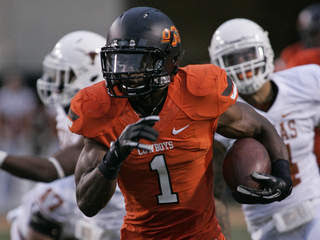 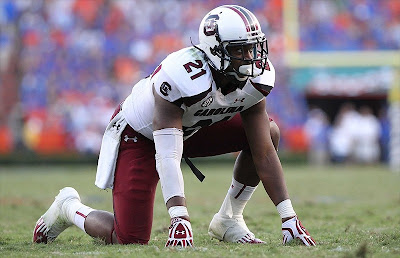 The Cowboys tried to add a little depth at some critical positions with their last three picks of this year's draft -- picking players at cornerback, running back, and outside linebacker. The players they picked are:

That wraps up the Cowboys draft for 2013. If they get anymore help this year, it'll have to come from signing some good free agents (players who didn't get drafted). And that is a definite possibility, since the Cowboys are traditionally one of the best teams at finding free agents who can play some football. It is not unusual for one or two free agents to make the team each year. Remember, Tony Romo was a free agent.

I'm going to give the Cowboys a draft grade of B- this year. Of course, that grade could go up or down, depending on how many make the team after training camp and are able to effectively contribute to the team's success.

I think Frederick will make a good serviceable lineman for several years, either at center or at guard, and will probably start for the team this year. He's not the superstar I was hoping for, but I think he will help to improve the offensive line. And Wilcox, the safety taken in round 3, also has a very good chance of starting this year. That makes two probable starters, which is not too bad.

I also believe Webb, the cornerback, and Randle, the running back, could contribute in the upcoming season -- not as starters, but as quality back-ups (and the Cowboys needed some depth at both positions). The two players I'm not sure will get much playing time, assuming they make the team, are tight end Escobar and wide receiver Williams. Both are going to have to compete with some very good players to see much game action. I don't know much about linebacker Holloman, and just hope he was worth picking.
Posted by Ted McLaughlin at 12:08 AM