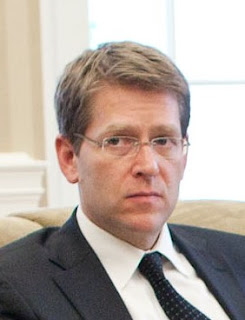 With each passing day, a United States military attack on Syria becomes more probable. Secretary of Defense Chuck Hagel says the military is ready to go when called to do so. And White House Press Secretary Jay Carney (pictured at left) has attempted to give a legal justification for the impending attack. Carney told the media:

"Allowing the use of chemical weapons on a significant scale to take place without a response would present a significant challenge to or threat to the United States' national security."

Of course, that is ridiculous. Even if the Syrian government did use chemical weapons against the rebels (and that may well have happened), there is no reason to believe that poses any danger to the United States. In fact, it sounds a whole lot like the justifications the Bush administration gave for invading Iraq (claiming Saddam posed a threat to the United States).

Both claims were silly, but when a president (regardless of political party) wants to use military power against another nation, any excuse will do -- even if it seems to be a far-fetched excuse. And at this point, I doubt if there is any way to prevent President Obama from attacking Syria -- an attack that could come as early as this week. But if the attack comes, it will be without the support of a majority of the American people (as two separate polls have shown this week).

Over at Bill Moyer's website, Andrew Bacevich (a professor of history and international relations at Boston University -- and a graduate of the U.S. Military Academy at West Point) has come up with three questions he believes the president should adequately answer before attacking Syria. I agree. This is the least we should expect of the president. Professor Bacevich's questions are:

First, why does this particular heinous act rise to the level of justifying a military response? More specifically, why did a similarly heinous act by the Egyptian army elicit from Washington only the mildest response? Just weeks ago, Egyptian security forces slaughtered hundreds of Egyptians whose “crime” was to protest a military coup that overthrew a legitimately elected president. Why the double standard?
Second, once U.S. military action against Syria begins, when will it end? What is the political objective? Wrapping the Assad regime on the knuckles is unlikely to persuade it to change its ways. That regime is engaged in a fight for survival. So what exactly does the United States intend to achieve and how much is President Obama willing to spend in lives and treasure to get there? War is a risky business. Is the president willing to commit U.S. forces to what could well become another protracted and costly struggle?
Third, what is the legal basis for military action? Neither Russia nor China is likely to agree to an attack on Syria, so authorization by the U.N. Security Council won’t be forthcoming. Will Obama ask Congress for the authority to act? Or will he, as so many of his recent predecessors have done, employ some dodge to circumvent the Constitution? With what justification?
Posted by Ted McLaughlin at 12:02 AM