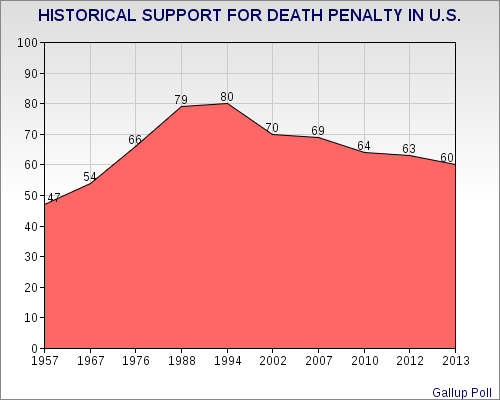 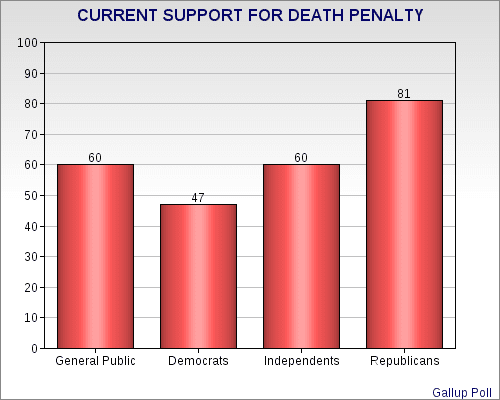 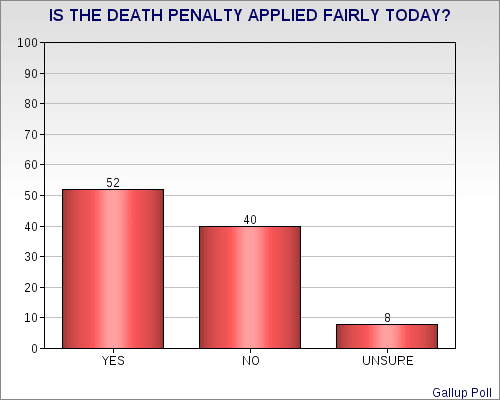 These charts were made with information contained in the latest Gallup Poll regarding the death penalty. Gallup has been surveying Americans on this issue since 1937 (when support for the death penalty was about 59%). The lowest support was in 1966, when only 42% of the general public was in favor of it. After that, the support for punishing those who kill by killing them began to climb. It reached a peak in 1994, with 80% support.

The good news is that since 1994 the support for punishing criminals by killing them has been dropping. And this year that support dropped to 60% -- the lowest level of support since 1972 (more than 40 years). In my opinion that's still far too high, but at least it's moving in the right direction (toward less support rather than more).

I have to admit that I just can't understand such an attitude. How can anyone be in favor of taking a human life without being absolutely sure that it is done in a fair and just way?