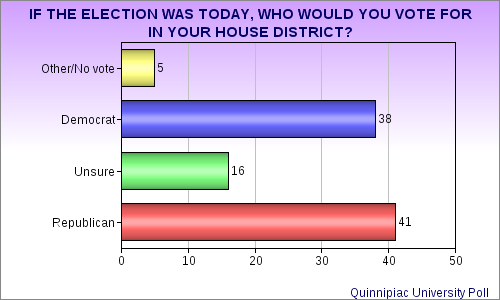 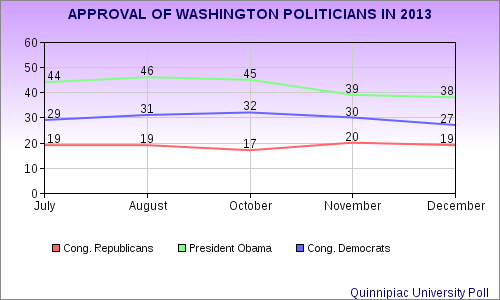 At first glance, the two charts seem to be saying opposite things. As the bottom chart shows, the public is mad at both parties -- but they have even less respect for the congressional Republicans than the congressional Democrats (19% approval for Republicans and 27% for Democrats). But the top chart shows that a small plurality (41%) say they would vote for the Republican in their own House District, while 38% say they would vote for the Democrat.

How can this be? Why would a plurality choose to vote Republican when the Republicans have an approval level of 8 points less than Democrats? Does this mean the Democrats can't flip the House in 2014?

Control of the House will not be decided by the districts discussed above, but by the numerous districts that are competitive (meaning that neither party has a real advantage in party members living in that district). And the winner in those districts will be largely determined by who the Independents favor. That's where the bottom chart gives the Democrats an advantage.

And the reason the Democrats have that advantage is because the public generally supports the Democratic position on most issues -- issues like increasing revenue by making corporations pay their taxes, increasing taxes slightly on the rich, creating jobs through infrastructure rebuilding, and protecting the benefits offered by Social Security and Medicare. The GOP is opposed to the public's views on all of these issues -- and Democrats need to make sure the voters know that, especially in those competitive swing districts.

I still believe the Democrats can flip the House in the next election, if they can do two things -- campaign heavily on the issues I have named, and make sure they turn out the vote. 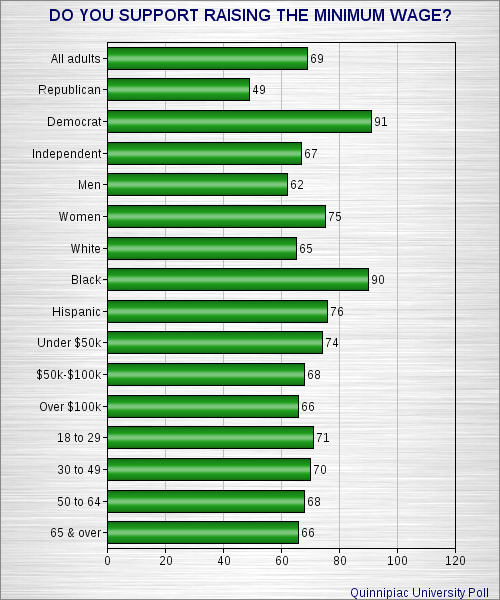