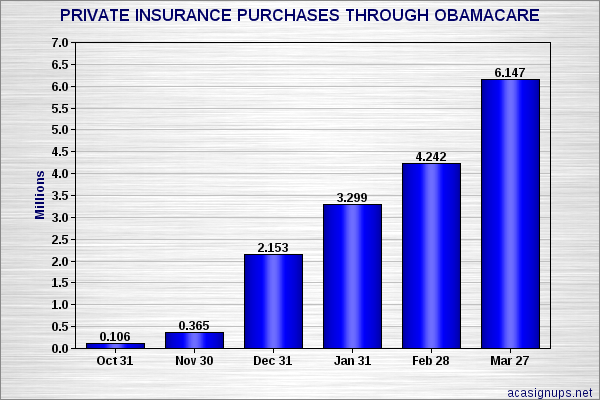 Everyone was wondering if the sign-ups for private insurance through the Affordable Care Act (Obamacare) would get to 6 million before the March 31st deadline. Now it has passed that goal, with at least 6.141 million sign-ups through March 26th -- five days before the deadline. That means there have been 1.9 million sign-ups so far in March, and it looks like that will easily top 2 million by the end of the month.

Although the administration said they would not extend the deadline, they are now saying there will be a "grace period" of a couple of weeks for those who experienced computer problems or extremely long waiting lines. The question now is just how close will we get to the original estimate of 7 million sign-ups. I think it's going to be pretty damn close!

I find that rather sad, because while it may make someone feel good right now to make a political statement by paying a fine, that fine won't pay for any medical care (and everyone sooner or later will need medical care -- and if it's serious it could wreck a families finances). 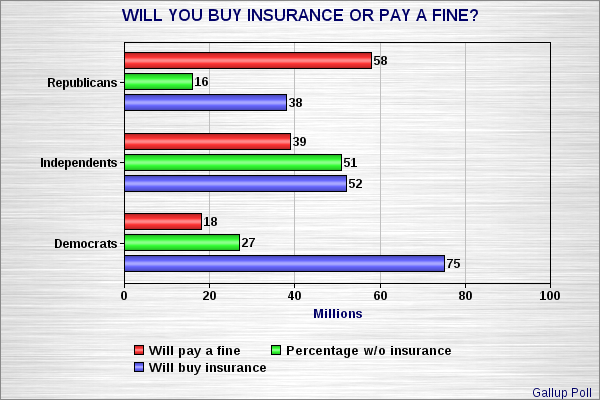 And while we're on the subject of insurance and health care, the Gallup Poll just released their year-long study of health care in 2013 (by questioning 178,067 nationwide adults between January 2nd and December 29th of 2013). Because of the large number of respondents, most states had a margin of error between 1 & 2 points.

The chart below shows the eleven states with the highest percentage of people who say they didn't have enough money to get needed health care or medications at some point during 2013. I have also included the percentage of that state that doesn't have any kind of health insurance.

Some of these states may improve their position this year, since they have decided to expand their Medicaid program (West Virginia, Kentucky, Arizona, Arkansas). The other seven states are still refusing to expand Medicaid, and will most assuredly appear on this negative list again next year. The (Y) or (N) appearing by the state name shows whether they are expanding Medicaid or not. 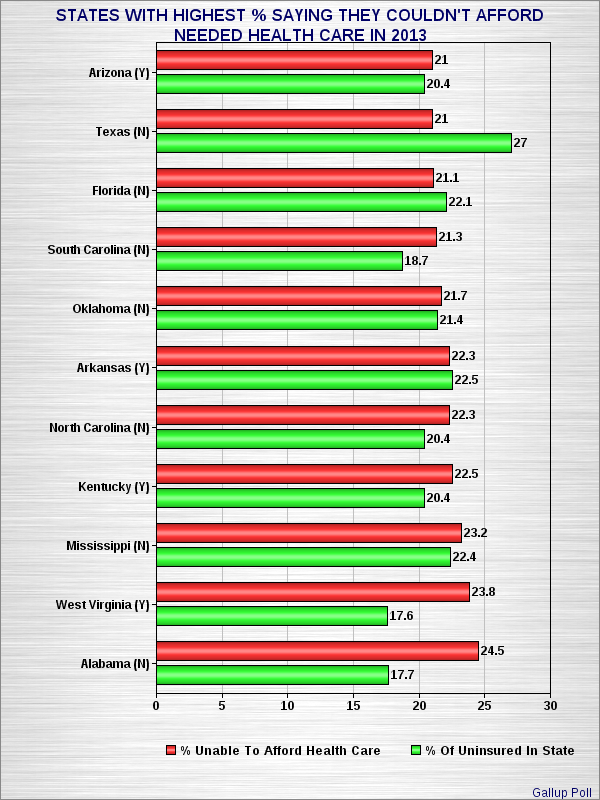