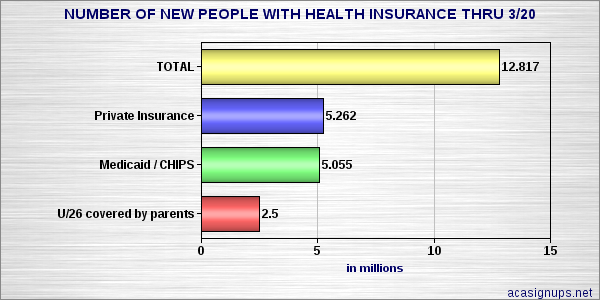 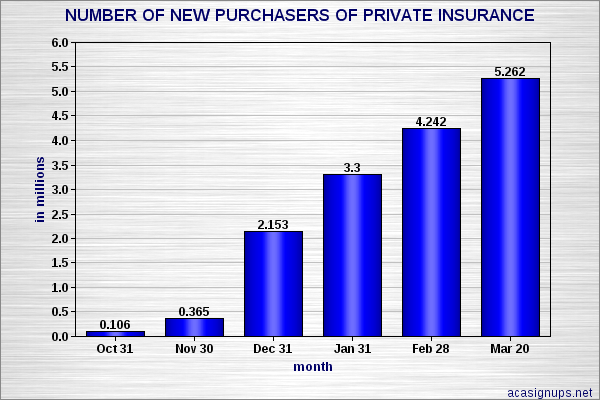 There are more than 12 million people who certainly won't be supporting any repeal of the Affordable Care Act (Obamacare). That's because they now have health insurance -- insurance they couldn't afford before Obamacare became law. The total is actually 12.817 million, including 2.5 million under age 26 who are now covered by their parent's insurance, 5.055 million who have qualified for Medicaid/CHIPS, and 5.262 million who have purchased private insurance (many of them with help from a government subsidy).

These numbers are from the acasignups.net website, and they are conservative estimates. The actual government figures could be even higher. It also looks like the chance of reaching the CBO estimate of 6 million private insurance purchasers by the end of March is very good (since the March daily average of purchases is much higher than previous months, and will probably increase as the end of the month approaches).

Obamacare is not perfect, and won't cover every American with health insurance (especially since about 25 states still refuse to expand their Medicaid program). But Obamacare has to be judged a moderate success now, and Republican efforts to repeal or obstruct the program have to be judged as an utter failure. Obamacare is here to stay -- at least until it can be replaced with something even better (like a government-run single-payer program similar to Medicare-for-all).
Posted by Ted McLaughlin at 12:06 AM