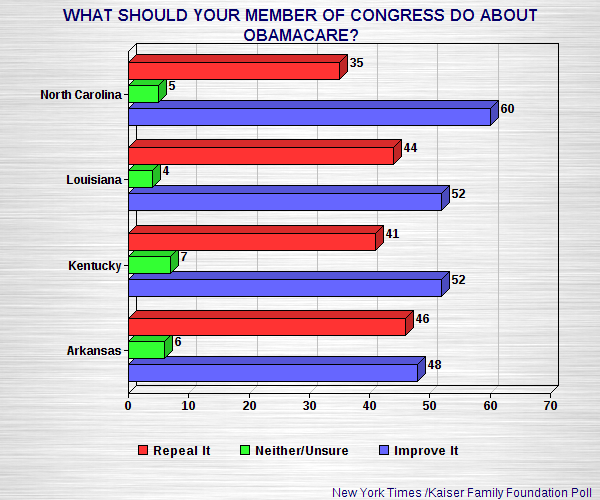 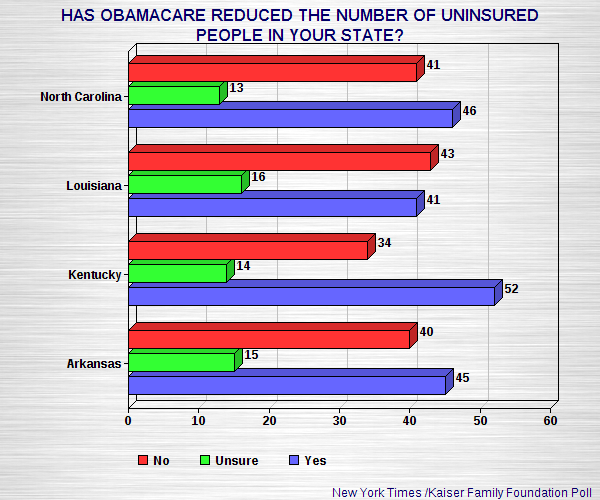 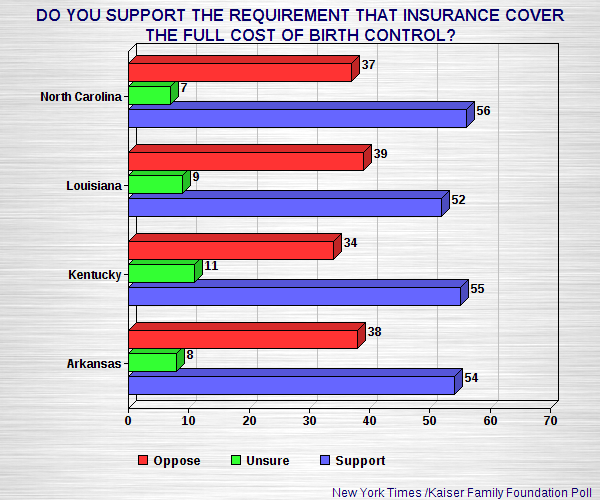 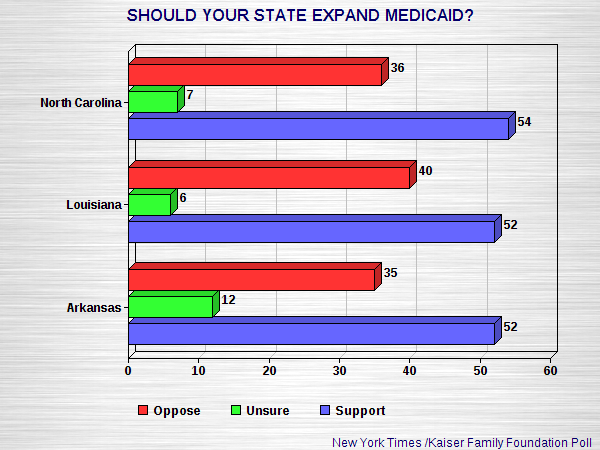 The Republicans are still beating the drum to repeal the Affordable Care Act (Obamacare). Many of them still think that will be a winning campaign issue in the November election. But there is growing evidence that may not be true at all. Several polls have shown that while people still say they don't like Obamacare, they don't want it repealed. They want it improved instead.

Why do a small majority still say they oppose the law? I think it is because the law didn't effect most people in this country. Those on Medicare and those receiving their insurance through an employer, the two groups that make up a huge majority of American families, have mostly seen no change in their insurance (except for women now getting free birth control). But they have been told by the Republicans that the new law will negatively affect them, and they are still unsure whether that is true or not -- so they say they oppose the law.

The truth is that while many people don't really know what the new law entails (and therefore fear it thanks to the GOP lies), they are not ready to repeal the law. They actually like many of the changes made. And that even goes for the red states. The charts above are from a recent New York Times / Kaiser Family Foundation Poll (taken between April 8th and 15th). The poll was taken in four very red states -- surveying registered voters in Arkansas (857), Kentucky (891), Louisiana (946), and North Carolina (900).

As you can see, the majority in North Carolina, Kentucky, and Louisiana (and a plurality in Arkansas) do not want Obamacare to be repealed. They want it to be kept and improved -- and these are states the Republicans expected to do very well in. And things don't get any better for the Republicans from there. More voters in North Carolina, Kentucky, and Arkansas say Obamacare has reduced the number of uninsured people in their state, and Louisiana splits on the question.

Significant majorities also like that Obamacare provides free birth control to women, and majorities in North Carolina, Louisiana, and Arkansas say their state should expand Medicaid to insure the poor (Kentucky is not on that chart because they are already expanding Medicaid).

The upshot of all this is that the Republicans can't even sell their "repeal Obamacare" message in their own red states. How can they expect it to be a good campaign issue nationwide? They can't, especially when you consider the many millions who now have health insurance coverage thanks to Obamacare. Those people sure won't be voting to lose the insurance they have wanted for so long.

Repealing Obamacare might have been an issue the GOP could sell the voters a year or two ago, but that door is now closed. The voters, even in the red states, know Obamacare is here to stay, and they just wants it made as good as is possible.
Posted by Ted McLaughlin at 12:02 AM