Wind-Generated Electricity Is Slowly Growing In The U.S. 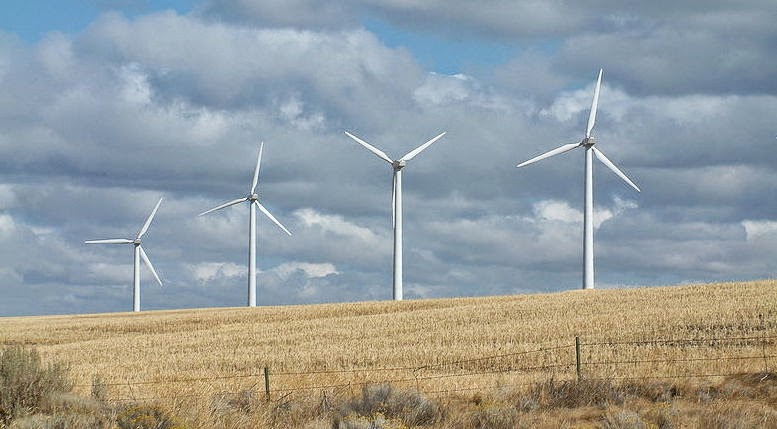 (The photo above is by John Womack, and was found at Wikipedia.)

Those figures are from the U.S. Energy Information Administration's Electric Power Monthly report. The two charts below show the energy output for wind power from the 12 states producing the most wind energy for one month (February of 2014, the last month for which totals are available). The top chart gives each states output in thousands of MWh, and the bottom chart shows how much each state provided as a total of the February national output of wind energy (which was 14,001,000 MWh).

This is a good start, but that's all it is. There is still plenty of room for growth in the wind power industry. 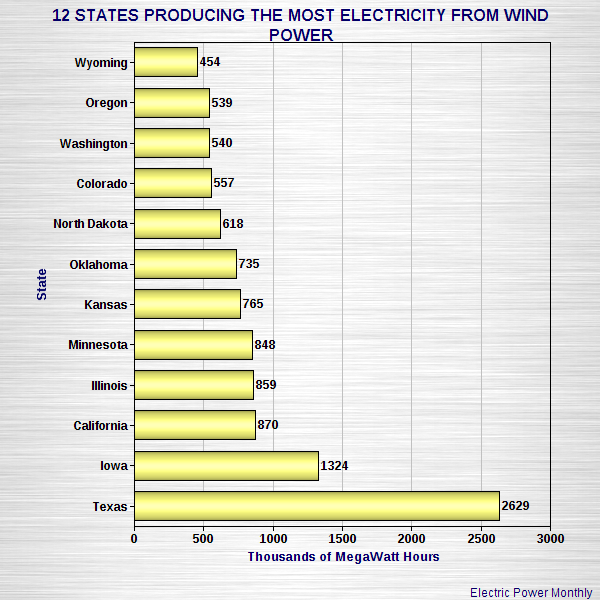 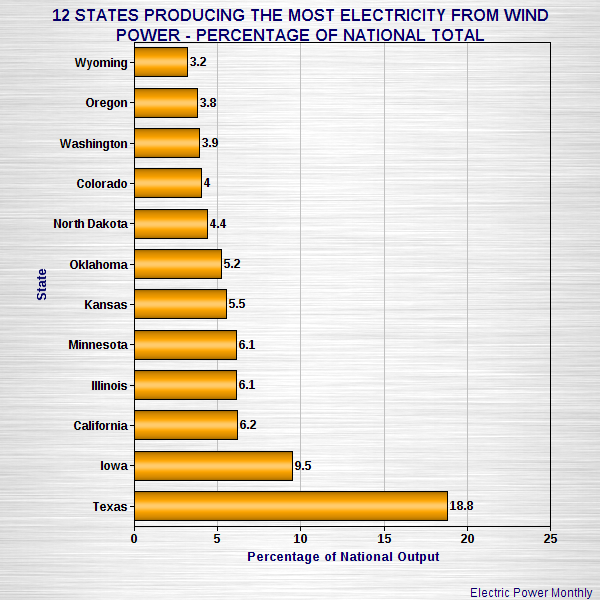