Congressional Numbers Are At A New Low 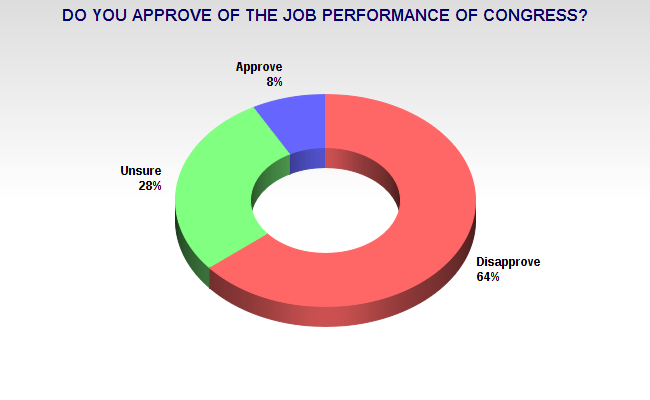 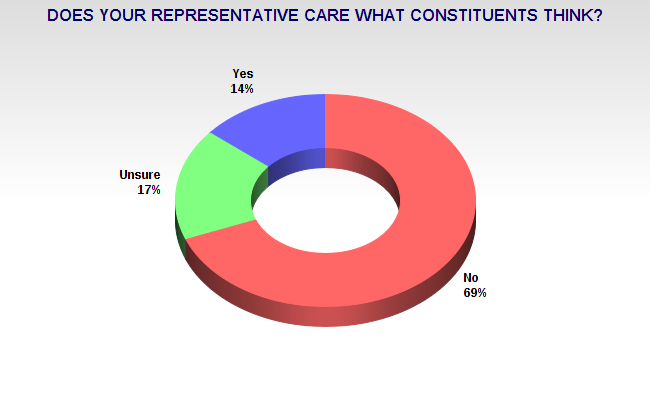 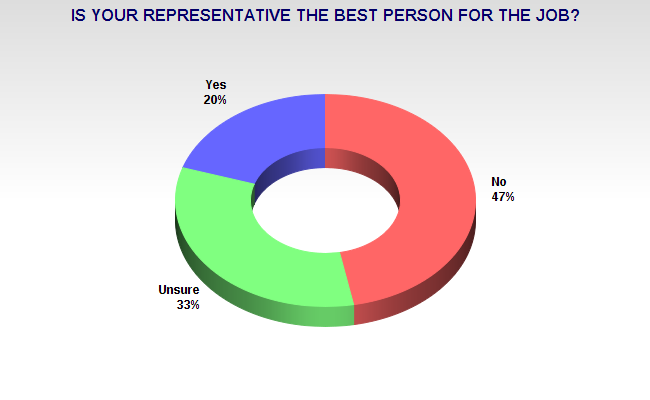 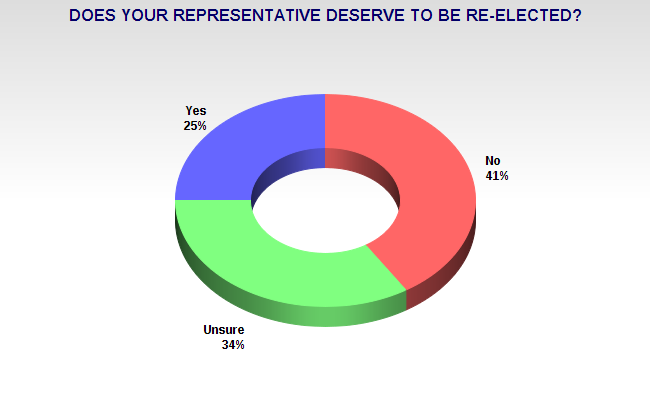 The numbers above are from the latest Rasmussen Poll -- taken on June 22nd and 23rd of 1,000 likely voters nationwide, with a margin of error of 3 points.

I cannot repeat this enough -- this election is going to be a referendum on this dysfunctional Congress. And any representative not in a very safe district ought to be scared silly, because the voters are angry and in an anti-incumbent mood -- and that's not going to change before November. In fact, it might get worse. The people know that Congress has been more interested in arguing over ideology than in compromising for the good of the country -- and now that the campaigns are starting, that's not going to change.
Posted by Ted McLaughlin at 12:02 AM