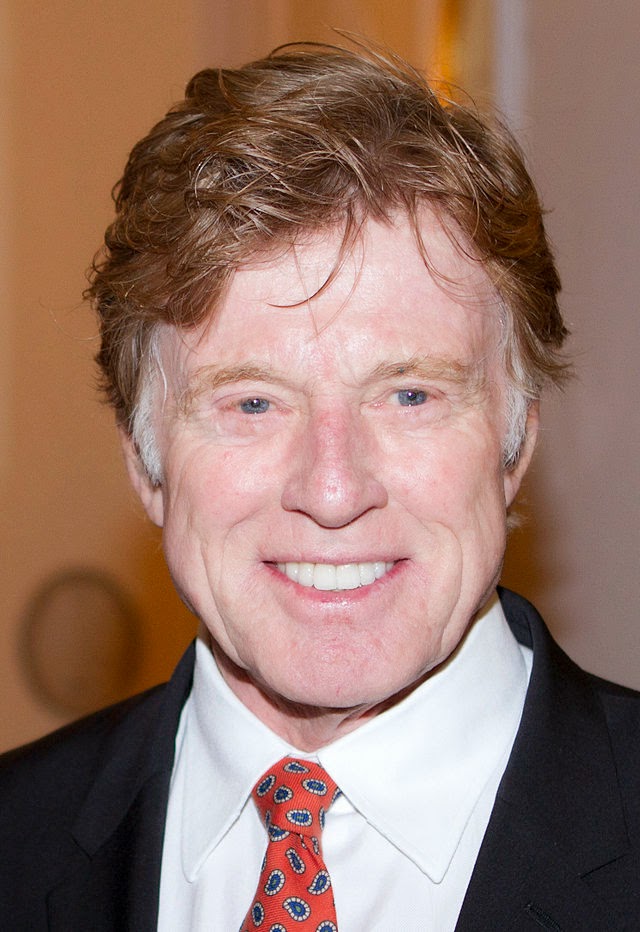 Robert Redford is one of America's best actors and directors, but those of us who live and breath politics know he is much more than that. He is a proud liberal, who has fought long and hard for equality and justice for all Americans. He wrote the following post (on readersupportednews.org.) after the Senate Intelligence Committee released its report on the use of torture by the United States. I thought it was excellent.

am conscious of my good fortune to have been born into a democratic society. As messy as it can get -- and messy it is these days -- there is nothing more precious than a healthy democracy. As this tumultuous year closes we would all be served well to stop for a minute and reflect on how much we need to cherish it, exercise the rights inherent in it and for heaven's sake, not take it for granted.
When U.S. Senator Dianne Feinstein recently released the Senate Intelligence Committee report on the U.S. use of torture, like many, I was both moved by her tenacity and shocked by the picture it painted of American democracy. America tortured people after 9/11 and here was the proof. You can debate whether or not it "worked" but it appears in most cases we never tried anything else so we'll never know. You can't debate what a hit this is on the moral imperative inherent in American democracy.
It's no secret that former Vice President Dick Cheney has never been one of my favorites. And I will admit that when I saw him rise again on the Sunday morning shows and other television outlets around this torture report a few weeks back, my first reaction was "Why are they talking to him? Shouldn't he be on trial for violating international law?" So, of course he should have been there. We live in a democracy! And, as he sits square in the middle of this whole controversy I had to admit I was curious as to his reaction.
There he was in all his glory, in all his arrogance, defending torture, or rather enhanced interrogation techniques, such as waterboarding and rectal feeding -- which he said he believed was done for medical reasons. Really? He defended it all. I couldn't help but think that maybe it's time Vice President Cheney move from defending his actions on Fox News and Meet the Press, and be asked to defend it in a court of law.
Let's face it, turning this kind of microscope on our own actions brings with it a lot of controversy, calls that we are endangering or damaging the CIA, or opening a can of worms that is best left closed. The dilemmas of a free society are many, and this is one of them. And the dilemmas of a free society are messy. But we should never walk away from them because of that.
Posted by Ted McLaughlin at 12:02 AM