Discrimination - An American Tradition That Needs To STOP 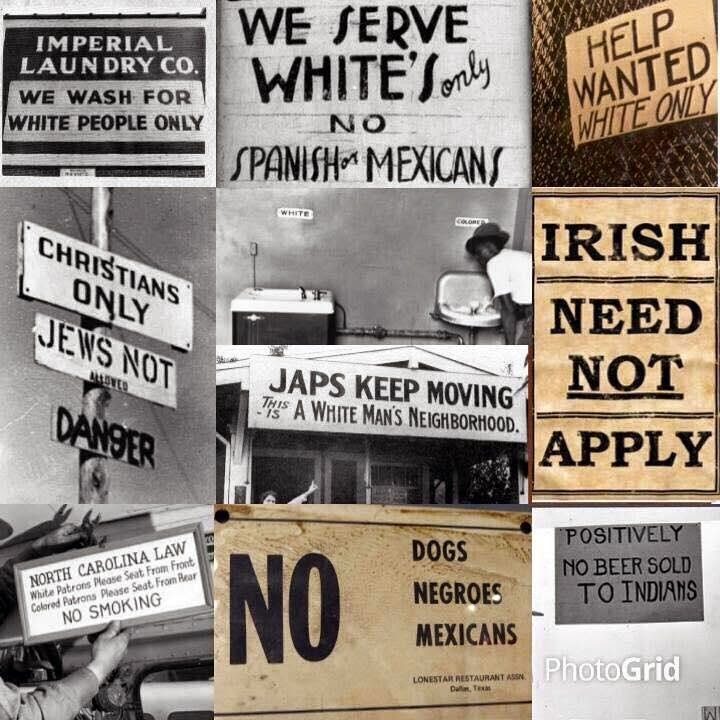 There are those in this country that seem to need to believe they are better than others -- at least one group of others. This is not a new thing. In fact, a solid argument can be made that bigotry and discrimination in America is older than the United States. Throughout our history, there have been those who discriminate against their fellow citizens because of race, ethnicity, language, gender, religion, culture, or sexual orientation.

The crazy part of that is that while discrimination is not new, neither is the fact that this has always been a multi-lingual, multi-cultural, multi-racial & ethnic, country inhabited by both genders, people believing in many different religions (or no religion), and those with different sexual orientations. This is a diverse nation, and it always has been -- and much of the strength and goodness of this country springs from that diversity.

Our Constitution guarantees ALL citizens equal treatment under the law, and the American Dream is for ALL citizens to enjoy an equal freedom and equal opportunity. That hasn't stopped some people from trying to write their bigotry into law. We were reminded of this again just last week, as Indiana Republicans passed a state law that would allow people and for-profit businesses to discriminate against those in the LGBT community (and possibly even others).

This is sheer insanity in a nation as diverse as the United States -- but it reminds us that we still have a long way to go before stamping out bigotry. We have made some progress, but much more needs to be done. Bigotry is still bigotry, even if you wrap it in the flag or the bible -- and it is time for the decent people of this nation, those who know that all lives have value, to step up and help this nation take the next step in ending bigotry of all kinds.

Our diversity is a good thing, and we need to celebrate it. And we can do that by making sure ALL of our fellow citizens share an equal freedom, an equal opportunity, and receive equal rights under the law. It's just the right thing to do.
Posted by Ted McLaughlin at 12:06 AM