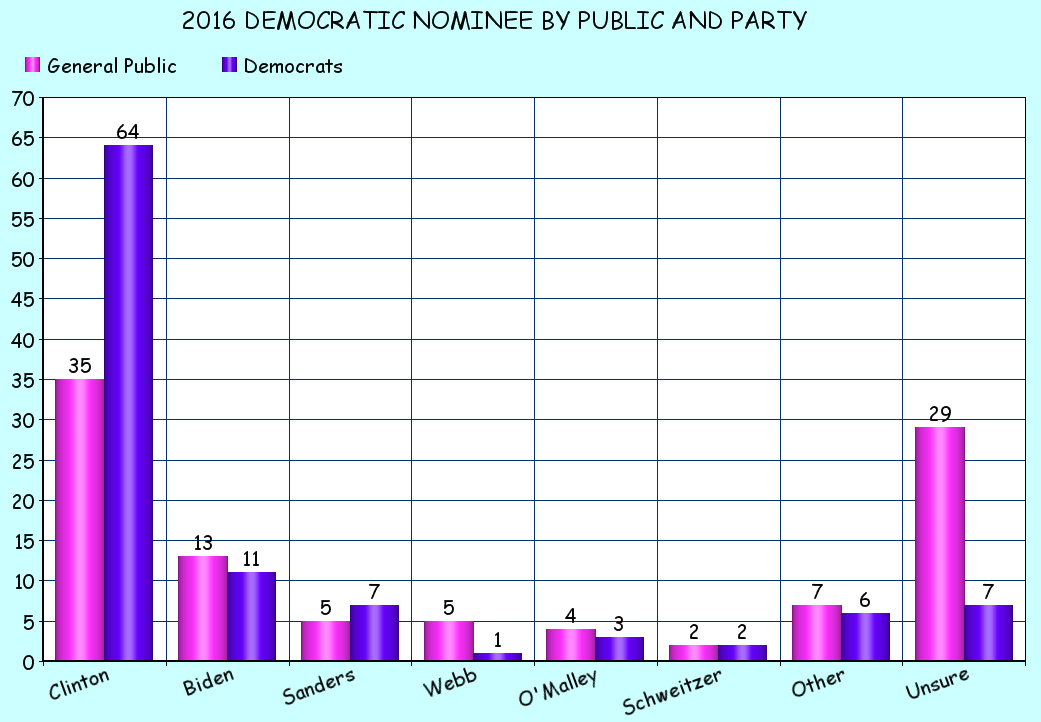 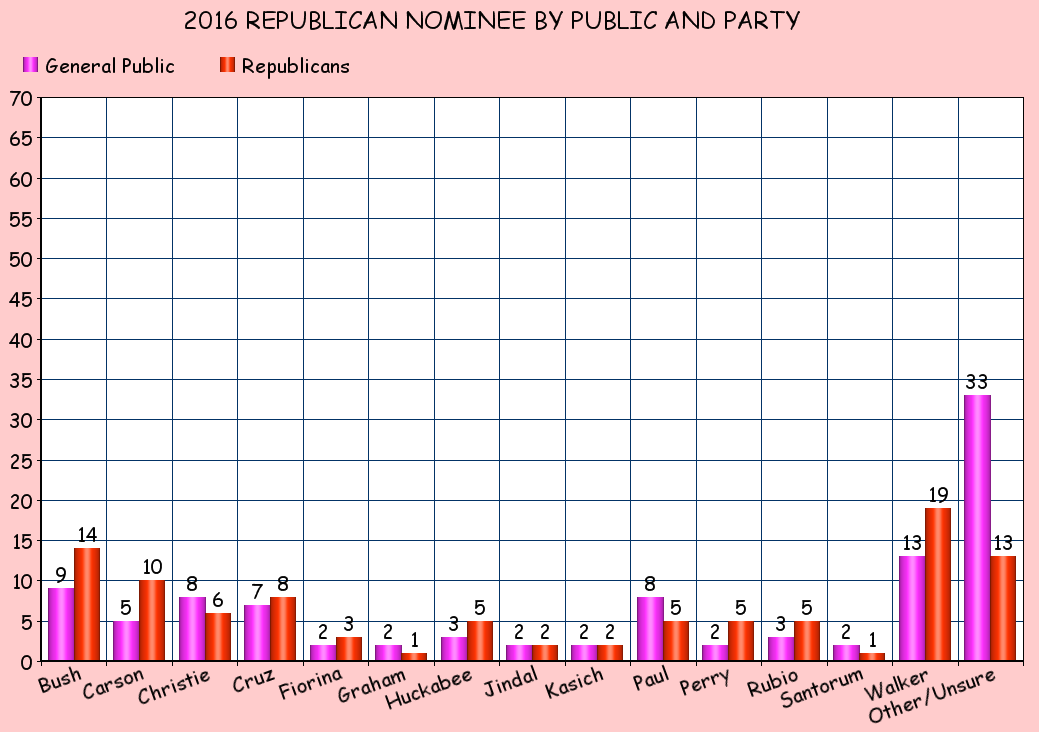 These charts were made from the most recent YouGov Poll -- done between March 21st and 23rd of a random national sample of 1,000 adults, and has a 4.3 point margin of error.

NOTE -- Elizabeth Warren was not included among the Democratic hopefuls -- probably because she has repeatedly emphasized that she is not now, and will not be, a candidate for the 2016 nomination.
Posted by Ted McLaughlin at 12:02 AM