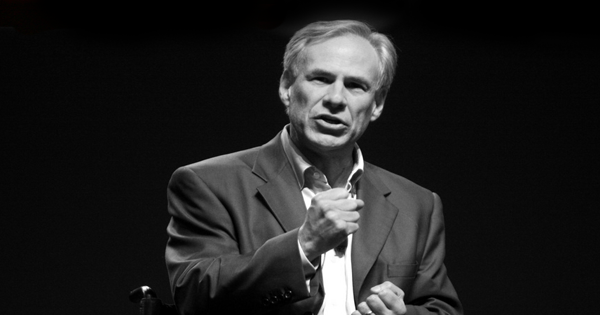 (This image of Gov. Greg Abbott is from the website of Progress Texas.)

If you had thought there had to be a limit to the pandering of Texas Republican officials to the insane right, then this should change your mind. Governor Abbott has caved in to the conspiracy nuts on the right (who believe the federal government is preparing to declare martial law). The very idea of this is ludicrous, but Abbott shows us there is no ridiculous belief on the right that he (and our state government) will not pander to. Here is how it is described in a blog at the conservative Dallas Morning News:

Gov. Greg Abbott ordered the Texas Guard to monitor federal military exercises in Texas after some citizens have lit up the Internet saying the maneuvers are actually the prelude to martial law.

The operation causing rampant suspicions is a new kind of exercise involving elite teams such as the SEALs and Green Berets from four military branches training over several states from July 15 to Sept. 15

Called Jade Helm 15, the exercise is one of the largest training operations done by the military in response to what it calls the evolving nature of warfare. About 1,200 special operations personnel will be involved and move covertly among the public. They will use military equipment to travel between seven Southwestern states from Texas to California.

On Monday, command spokesman Lt. Col. Mark Lastoria attended a Bastrop County Commissioners Court meeting to answer community questions and was met with hostile fire. Lastoria, in response to some of the questions from the 150 who attended, sought to dispel fears that foreign fighters from the Islamic State were being brought in or that Texans’ guns would be confiscated, according to a report in the Austin American-Statesman.

He was forced to rebut that martial law was underfoot and said misinformation has been spread by those with a “personal agenda.”

“You may have issues with the administration. So be it. But this institution right here has been with you for over 200 years,” he was quoted as saying. “I’ve worn this uniform across five different administrations for 27 years.”

Radio host and conspiracy theorist Alex Jones has been sending out warnings for weeks regarding the exercise, saying it is the U.S. military positioning itself to take over the states and declare martial law.

Abbott apparently has heard the concern and ordered the Guard to monitor the training and U.S. military personnel.

“To address concerns of Texas citizens and ensure that Texas communities remain safe, secure and informed about military procedures occurring in their vicinity, I am directing the TExas State Guard to monitor Operation Jade Helm 15,” Abbott wrote in his letter to the commander of the Texas Guard.

Abbott hedged the suspicion inherent in his message, saying, “The action I take today comes with the recognition of Texas’ long history of supporting our military forces.” 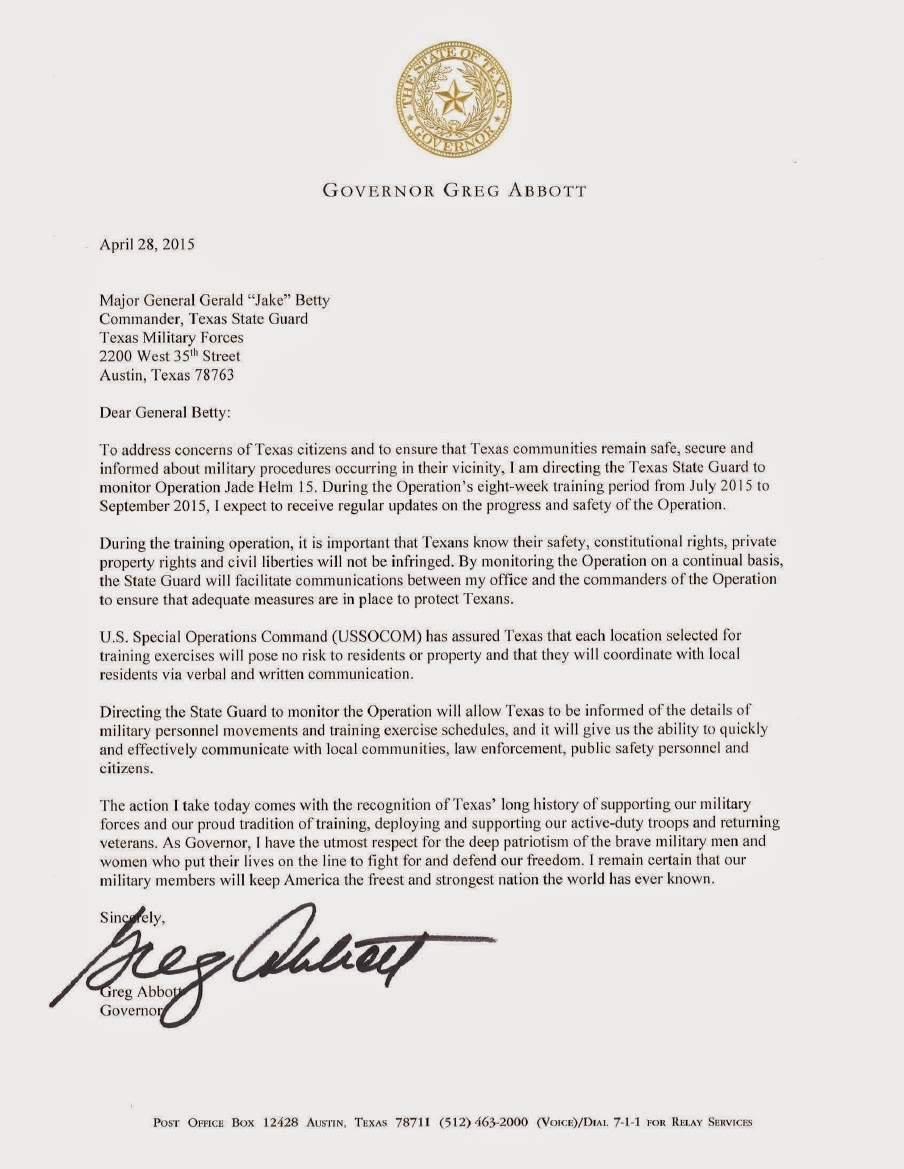