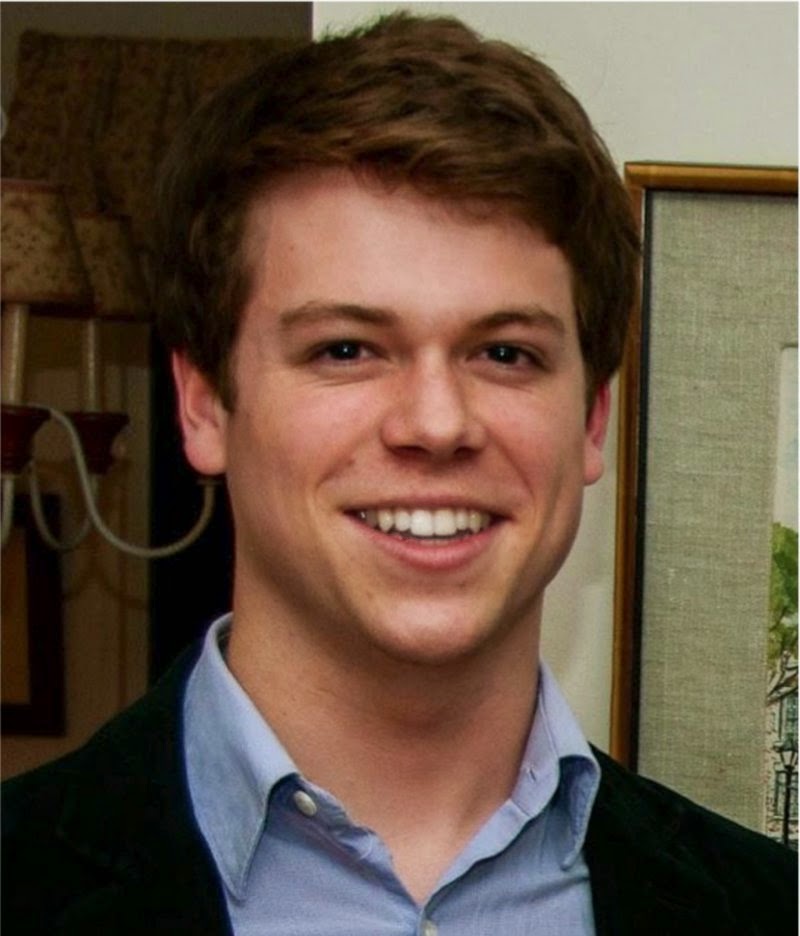 It is assumed by many of us on the left that all conservatives oppose same-sex marriage being legalized, but that is not true. There are some right-wingers who support that legalization, especially among the younger generation.

And one of those conservatives believing in equal marriage rights is Sean Buckley (pictured), the grandson of conservative icon William F. Buckley. He has written a pretty good article over at The Daily Beast saying why he believes conservatives should support same-sex marriage.

This doesn't really surprise me. I think his grandfather would approve of Sean's stand. While I didn't agree with William F. Buckley on many political things, I have always believed that he was one of the few intellectually honest conservatives -- a man willing to re-examine his stands when provided with enough facts, and a man who didn't hate people for disagreeing with his political stands.

American conservatives hold many different views but there are some core principles that help guide us toward specific policy prescriptions. Conservatives reject the idea of moral relativism and believe there are certain eternal truths regardless of time, place, or culture. We believe the collection of laws and institutions in place today are an amalgamation of human trial and error pursued in the effort to reach those universal truths. Finally, conservative thought demands recognition of our fallible human nature amid the understanding that we are all limited in our pursuit of truth and virtue.

Progress is good, but as Russell Kirk, one of the fathers of American conservative thought, put it: “change and reform are not identical.” As history has made abundantly clear, no country or culture is immune to bad ideas taking hold. Recognizing this, conservatism suggests we should slow the pace of change, especially in times of intense public disagreement. Under this framework, I understand why many conservatives in the U.S. are unnerved by granting the freedom to marry to same-sex couples. Just a few years ago, I stood with them.

But in the past decade, never mind the last century, attitudes and responses towards gay people as individuals and a community as a whole have drastically changed.

Before 2003, it wasn’t legal for two loving, committed individuals of the same sex to enter into what has been the most fundamental building block of our society—marriage. Today, gay and lesbian couples have the freedom to marry in 37 states, with the number poised to keep growing.

A clear majority of Americans now understand that being gay is not a choice. Gradually, this understanding is also extending among conservatives. And over 60% of millennial evangelical youth now support the freedom to marry.

Historically, marriage was primarily considered an economic and political transaction between families. As such, it was too vital of an institution to be entered into solely on the basis of something as irrational as love. It was not until the dawn of the Enlightenment in the 18th century that the idea of marrying primarily for love arrived. Those who opposed this shift saw it as an affront to social order, and rejected it as a dangerous change in the definition of marriage—similar to the arguments today.

But we’ve evolved, and learned that marriage matters for other reasons. At its core the institution of marriage hinges on two individuals committing to one another in life, for life, on a bedrock of love and self-sacrifice, which results in a better environment for raising children.

Above all else, the greatest gift our parents can give us is to teach us how to love—an emotion that gives the human experience both the purpose and meaning that is so critical to a happy and healthy life. I count this as one of the greatest gifts my parents have given me, and hope to one day give the same to my kids. Conservatives are right to argue that the best environment to raise children is within a marriage. However, it has nothing to do with the gender of their parents but instead the love they have for one another.

Most people would agree that the shift from marriage focused on political considerations to marriage built on love was for the best. What they may not consider is that at its core, this shift was in recognition of a universal right to follow one’s heart. In this, granting the freedom to marry to all loving couples is not a shift from the central tenet of marriage, but instead a fulfillment of its most basic ideals.

Gay couples today are building families and raising children. If we as conservatives care about preserving marriage and family, we must include gay people in the equation.

As a Young Conservative for the Freedom to Marry, I believe that individuals have the power and ability to make decisions for themselves better than any government can. For conservatives who likely agree, I ask: why does this suddenly change when it comes to whom one loves and chooses to marry? This is a fight specific to the LGBT community, but it is also a fight for the rights of individual self-determination—a cause conservatives should always be ready and willing to fight for.

As the Supreme Court prepares to consider whether all loving couples should have the freedom to marry, it is time for conservatives to recognize that just as individual liberty should not depend on a person’s gender or race, it should not depend on whom a person loves, either.
Posted by Ted McLaughlin at 12:02 AM