A Major Breakthrough In Treatment Of HIV/AIDS 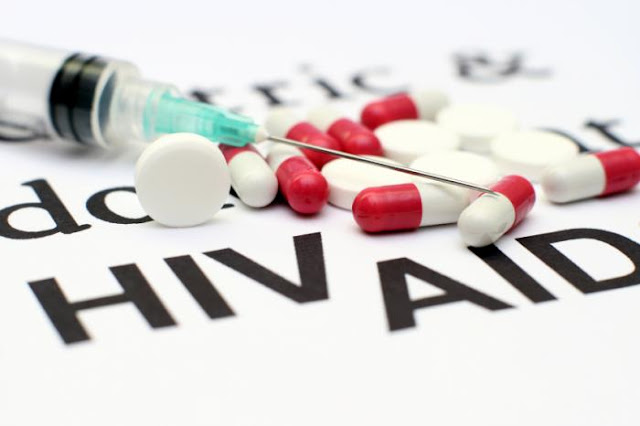 (This image is from medicalnewstoday.com.)

We don't hear a lot about HIV/AIDS in the news these days, but it still affects millions of people -- both in this country and the world. That's why it is great news that a major medical breakthrough has been found to fight the disease. It doesn't involve a new medication, but on when the current medications should be started. Here is how that breakthrough is described by Tara Culp-Ressler for Think Progress:


A major international clinical trial funded by the National Institutes for Health (NIH) has been cut short a year early, now that researchers have documented such compelling results about the right way to deliver HIV treatment.
The Strategic Timing of AntiRetroviral Treatment (START) study, which has been tracking more than 4,600 HIV-positive people in dozens of countries since 2011, aimed to figure out when patients should begin taking a combination of drugs that can effectively suppress the virus.
Antiretroviral drugs are a major advance in HIV treatment that allow many HIV-positive individuals to live long and healthy lives. But, since the drugs can also come with significant side effects, global health experts have been hesitant to recommendprescribing them too early. The START study wanted to see whether it was better to start anti-retroviral therapy immediately, when HIV patients are still relatively healthy, or wait until their white blood cell count drops below a certain point.
The clinical trial, which was initially scheduled to conclude at the end of 2016, randomly assigned participants to early and later treatment groups. But it became clear that the first group was delivering dramatically better results. Among the HIV-positive people who received early treatment, the risk of dying or developing a serious illness was reduced by 53 percent.
The researchers considered those results to be so significant that they decided it wouldn’t be ethical to continue the study for another year. Instead, they’re halting it now and giving all of the participants immediate access to antiretroviral drugs.
“We now have clear-cut proof that it is of significantly greater health benefit to an HIV-infected person to start antiretroviral therapy sooner rather than later,” Dr. Anthony Fauci, the director of NIH’s National Institute of Allergy and Infectious Diseases, which funded most of the research, told NBC News. “These findings have global implications for the treatment of HIV.”
Indeed, the NIH’s results may have a demonstrable impact on the estimated 35 million people living with the virus. Although the World Health Organization has recently updated its treatment guidelines to recommend starting antiretroviral treatment early, it still stipulates that patients’ white blood cell count should fall below a certain threshold before taking the drugs. START’s results could spur the international community to endorse treatment for everyone diagnosed with the virus — the position that the United Nations’ AIDS agency took after the study’s findings were publicized.
“Every person living with HIV should have immediate access to life-saving antiretroviral therapy,” Michel Sidibé, the executive director of UNAIDS, said in a statement. “Delaying access to HIV treatment under any pretext is denying the right to health.”
The results aren’t necessarily a surprise to researchers in the field, who have increasingly been documenting the benefits of early HIV treatment. But they provide the most compelling evidence so far that the potential side effects of the drugs are not serious enough — and the benefits to patients’ personal health are too great — to justify delaying treatment, even for people who still appear to be healthy. Dr. Jens Lundgren of the University of Copenhagen, who helped sponsor the START study, called it “an important milestone in HIV research.”
Not every country, of course, will be able to immediately begin providing this treatment to everyone with HIV. The global health community is continuing to work toward universal access to HIV treatment, but we’re not there yet. Although the price of antiretroviral drugs has recently dropped thanks to increased competition in the market, cost issues remain a concern.
The study results also underscore the importance of regular testing and early diagnosis, something that HIV prevention experts have been saying for years.


Although routine HIV testing is now covered under Obamacare as an essential preventative health measure, there’s a long way to go here in the United States, where about 15 percent of HIV-positive Americans don’t know they have the virus. That number rises dramatically among young Americans between 16 and 24 years old, 60 percent of whom are unaware of their status. This particular knowledge gap contributes to the fact that — despite the advances in HIV treatment that ensure a diagnosis is not a death sentence — federal officials report just three in ten Americans living with HIV currently have the virus in check.
Posted by Ted McLaughlin at 12:02 AM