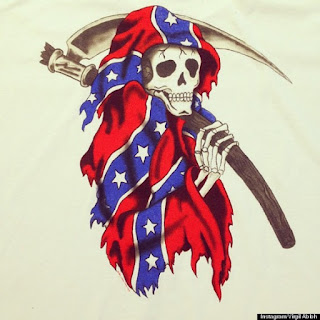 After the racist shootings in Charleston, many people were offended that the state of South Carolina continued to fly the Confederate battle flag in front of the state capitol building. It was a slap in the face, not only to the victims of the shooting, but to decent Americans everywhere.

Right-Wingers tried to defend the flag being flown on state property at first, using the old "heritage" argument. But that's not working anymore (except for the racists). Most people understand the heritage being defended is one of hate and racism.

Now Walmart has taken all the Confederate flag memorabilia off their store shelves -- and the governors of South Carolina and Alabama have come out in favor of ceasing to fly that flag, while the governor of Mississippi says it should be removed from their state flag. I say it's about time. No state should be flying that symbol of hate -- a symbol that can't help but offend many of their citizens.

And that seems to be the opinion of a substantial majority of Americans. The Rasmussen Poll asked 1,000 likely voters nationally on June 22nd and 23rd (with a margin of error of 3 points) if the flag should be taken down, and 60% said yes, while only 21% said no. I agree. The Civil War has been over for more than 150 years, and decent people in every state understand that slavery was evil. It's time to stop flying that flag, and put it in the history museums (which is the only proper place for it now). Maybe then we can get busy eliminating the racism that still exists in this country. 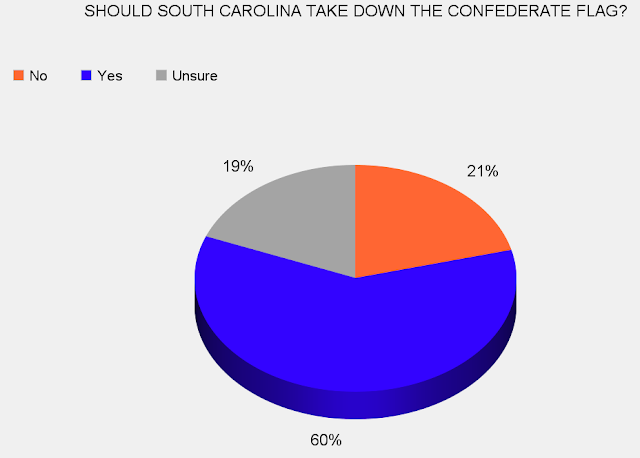 (NOTE -- The image at the top of this post is from a Kayne West T-shirt being sold on his latest tour, and was found at The Huffington Post.)
Posted by Ted McLaughlin at 12:02 AM