Minnesota Reduces Amount Of Uninsured To Under 5% 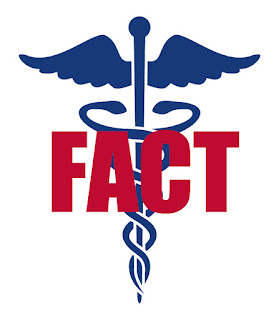 The state of Minnesota just showed the nation how well Obamacare can work when a state complies with all aspects of it. They have reduced the percentage of uninsured citizens to only 4.9%.

Only one state has a lower uninsured rate under the new law -- Massachusetts, although they ignited their health system when it was called Romneycare (which is almost a mirror-image of Obamacare).

How did Minnesota do it? First, they had a very effective campaign urging their citizens to sign up for health insurance. But perhaps the most important thing they did was to expand Medicaid after the new health care reform was passed.

Here's how it's described in the Minneapolis Star-Tribune:


Researchers have long known that as many as two-thirds of the state’s uninsured were eligible for coverage through public programs, but either didn’t know it or didn’t take advantage of the aid.
Minnesota was one of 26 states that decided to expand Medicaid to include childless adults, which accounted for a surprising gain in new applicants, said Department of Human Services Commissioner Lucinda Jesson.
“We anticipated growth in children and families because we were simplifying the process and we were doing more outreach,” Jesson said. “But we had more adults without kids than we expected, and we had pretty healthy projections. That tells me the Medicaid expansion was even more significant than we anticipated, so far. We’re only a few months in.”
This should shame other states -- states ruled by Republicans that refuse to expand Medicaid (like Texas, which still leads the nation in the number and percentage of uninsured citizens), in spite of the fact that almost all of the cost of that expansion would be borne by the federal government. These states are condemning many of their citizens to death (about 17,000 a year) simply because they refuse to expand Medicaid (and provide these people with preventative care). They are putting politics above the lives of American citizens -- and that's just shameful.

I'm happy for the citizens of Minnesota. Reducing the percentage of uninsured to 4.9% is a great achievement. But we all know the number of uninsured citizens should be 0%. Unfortunately, while Obamacare has given many millions of uninsured citizens coverage, it can never get the percentage down to zero (because it wasn't designed to do that). We still need to do better -- and the way to do that is to institute a government-run, single-payer health insurance system (like Medicare for all).

(NOTE -- the image above is from obamacarefacts.com.)
Posted by Ted McLaughlin at 12:06 AM