Nearly Six Out Of Ten In U.S. Support Marijuana Legalization 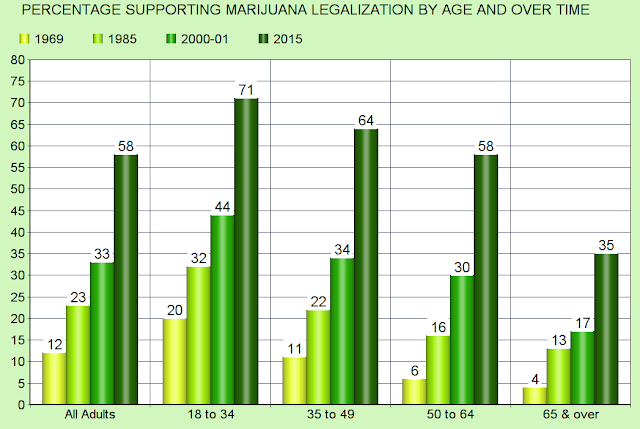 The American people are beginning to wake up, and realize that the government has been lying to them about the dangers of marijuana. The government has classified marijuana with the most addictive and dangerous drugs (like heroin). But the truth is that marijuana is not addictive and cannot be used to overdose. It is the least dangerous drug of all -- far less dangerous than some legal drugs like alcohol, and even less dangerous than "safe" drugs like aspirin.

It is time to legalize marijuana -- and about 58% of the public agrees.

Chart was made from a recently released Gallup Poll -- done between October 7th and 11th of a random national sample of 1,015 adults, with a 4 point margin of error.
Posted by Ted McLaughlin at 12:02 AM